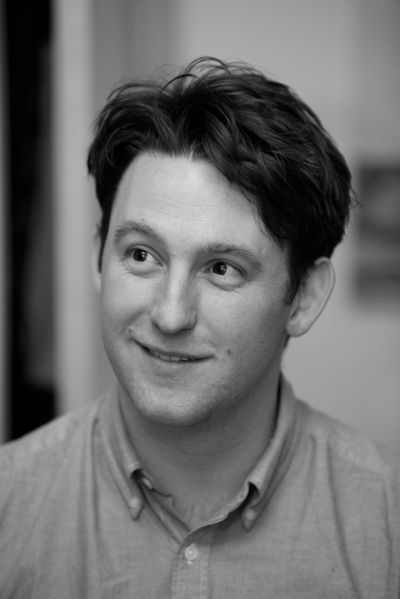 Photo of Craig by Michael Schmelling

Praised by the likes of the Guardian, Evening Standard, Time Out, BBC, Londonist, Bookseller and one of his favourite authors, Iain Sinclair, Craig Taylor’s third book, Londoners: The Days and Nights of London Now – As Told by Those Who Love It, Hate It, Live It, Left It and Long for It, is certainly not one to miss if you have forged any sort of relationship with London. (And if you’re reading Little London Observationist, you almost certainly have). So I’ve managed to track Craig down and ask him a few questions for London Art Spot.

Craig is Canadian. He’s been living in London since 2000 and like many of us, stayed much longer than the one year he had originally anticipated. So he took on this project over the last five years to get to know the people who make London the city that we live and work in every day. Those anonymous faces you sit across from on the tube in the morning? Those are the people Craig wanted to speak to. The resulting interviews with a myriad of strangers were sculpted into a selection of monologues, stories from ordinary Londoners, the unofficial side of London life. Craig took on this massive project to dig into their psyches and experiences and his hard work has paid off. The result, I think most of you will agree, is an engaging collection those of us who live in the city will relate to quite easily, eagerly read and readily enjoy.

LLO: Your book, Londoners, has been a real hit. For those who haven’t read it yet, give us a brief description and tell us a little bit about the process of finding all of those people to interview.
CT: Londoners: The Days and Nights of London Now… is a story of London as told by nearly ninety different narrators, all of whom happen to be real people, from fruit buyers to plumbers to pilots to a Wiccan priestess who discards the remains of her spells into the waters of the Thames. I found these people by researching, telephoning, emailing and walking the streets. Ask someone if they know an interesting Londoner and the answer is usually ‘yes’.

LLO: If you had to swap lives with one person featured in the book based on what you learned about them in your interview, who would you choose and why?
CT: I wouldn’t. This book gave me the best job in London: talking to and learning from its inhabitants.

LLO: Everyone who lives in London has a certain few areas of the city that they call “My London”. What do you consider to be your London?
CT: I’ve lived in Brixton, Streatham, Highbury, Stockwell, Clapham, Kilburn, Dalston, Crouch End, Camden and Hampstead. My London is a collection of constituent parts I’ve collected from those neighbourhoods: streets, parks, restaurants, falafel places, pubs, book shops.

LLO: Tell us about one person you interviewed whose story didn’t make it into the book.
CT: I interviewed a Thames river boatman who told me that when the fog rolled across the river, he could pinpoint his location on the Thames by picking up the lingering smells of the old wharves, like Cinnamon Wharf. I’m sure that particular interview will find its way into another project. It was good.

LLO: The subtitle of your book is “As Told by Those Who Love It, Hate It, Live It, Left It and Long for It”. Share one thing you love about living in London and one thing you hate about it.
CT: I love walking the city at twilight. I hate standing on the platform at Clapham North tube station at 8.30am.

LLO: Is there a Londoner you can think of who you would have loved to have interviewed but never did? Who and why?
CT: The bejewelled super-rich who come to rest atop the affluent bits of West London for a few months of the year before migrating elsewhere are not very forthcoming. I’ve often wondered why.

LLO: Londoners are notoriously suspicious of anyone who approaches them with a question. What was the most typical response/reaction from the people you approached for an interview and what did you say to pitch your idea and break the ice?
CT: The most common response was: ‘What are you talking about?’ There’s no one way to do this work. Get to know people. Listen. Ice usually melts after a while. If it doesn’t, there are millions of other Londoners. Be honestly curious.

LLO: What’s the best part about living in your postcode and why?
CT: There’s a Polish delicatessen in NW3 that makes its own perogies.

LLO: You visited your interviewees in many different locations around the city. In the process, did you discover any new coffee shops, pubs, etc. that you’ll return to? Where and why?
CT: There’s a nice Costa Coffee in Buckhurst Hill. I spent quite a bit of time there speaking to an interviewee, though I’d refrain from including it on a tourist itinerary. The interview settings were often banal. The interviewees were anything but.

GIVEAWAY: My copy of Londoners is up for grabs. Check out the giveaway entry for a chance to win – extended until this Monday, January 23 2012.

PS – If you’re feeling inspired by Craig and want to share your own London experiences, get in touch. I’m always looking for Londoners (born and bred or expats) to feature on the Listen to a Londoner series.