Finally, a beautiful Saturday afternoon! Obviously, it was a day to be outdoors, so Jorge and I decided on a wander around Soho, partly because of Yelp’s photo contest that Alex mentioned last week, and partly because I have a new camera and Soho always makes for some interesting shots. I gathered up my new Lumix with it’s tiny little 20mm lens and we headed for land of sex, drugs and rock n roll. There wasn’t much of any of the above, but we stumbled on a lovely little place for tea and cake: Ginger & White.

Their first shop opened in Hampstead in 2009, followed by one in Belsize Park and finally this one trickled down from NW3 to W1 and was planted on the peaceful, pedestrianised road, Silver Place. Inside, the calm continues with tables snaking around the main counter, along the front windows and tucked into the back corner. It’s small, but in a cosy way.  To maintain its British atmosphere, one wall has its signature Union Jack. 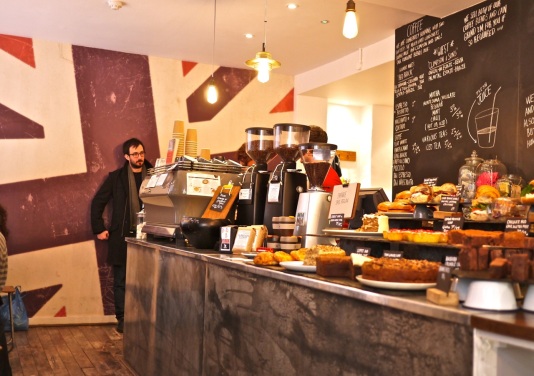 Also, small toy minis and London buses were placed around on surfaces.

The counter display was mouthwateringly tempting, plates stacked ginger cakes, chocolate desserts and savoury sandwiches. We didn’t stay for lunch but certainly had our fill of dessert. Jorge had a slice of scrumptious lemon cake with raspberry topping and icing drizzled over the top. 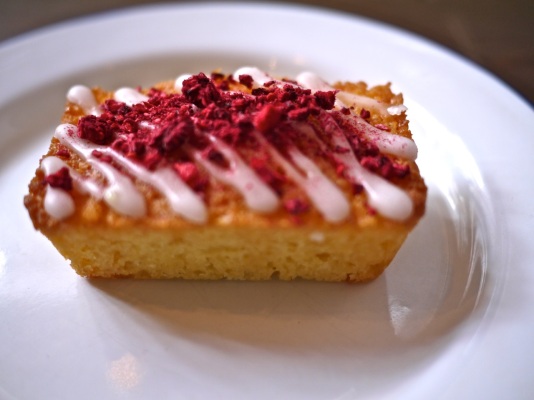 Being more of a coffee person, he also enjoyed a cappuccino. It was pretty.

I had a rich chocolate brownie.

It washed down nicely with English breakfast tea from a bright red teapot.

The sugar was served in this lovely red tin. 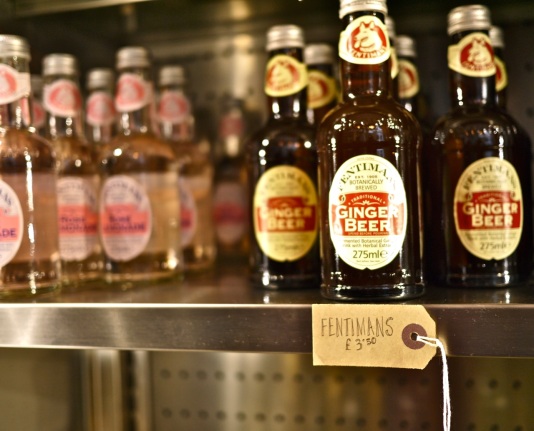 The counter was staffed by two friendly guys: 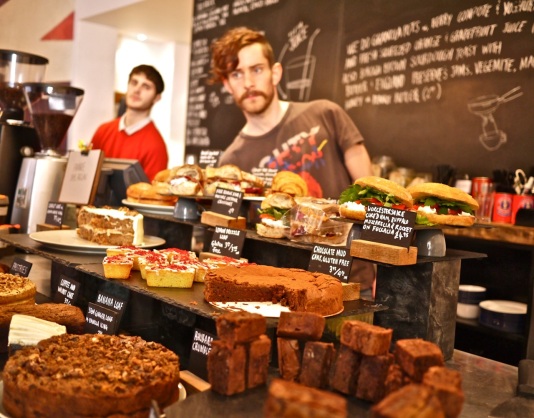 And had a sign with a lyrical flashback to the 80s: “Frankie Says Relax”.

Also, they have a pretty awesome floor.

It’s a bit more tucked away than the others on the W1 coffee trail: Fernandez & Wells, Foxcroft & Ginger; Sacred, etc. And although there were not many people to people watch (which, of course, was part of the reason for its charm), I always thoroughly enjoy a window seat.

2 comments on “Ginger & White in Soho”