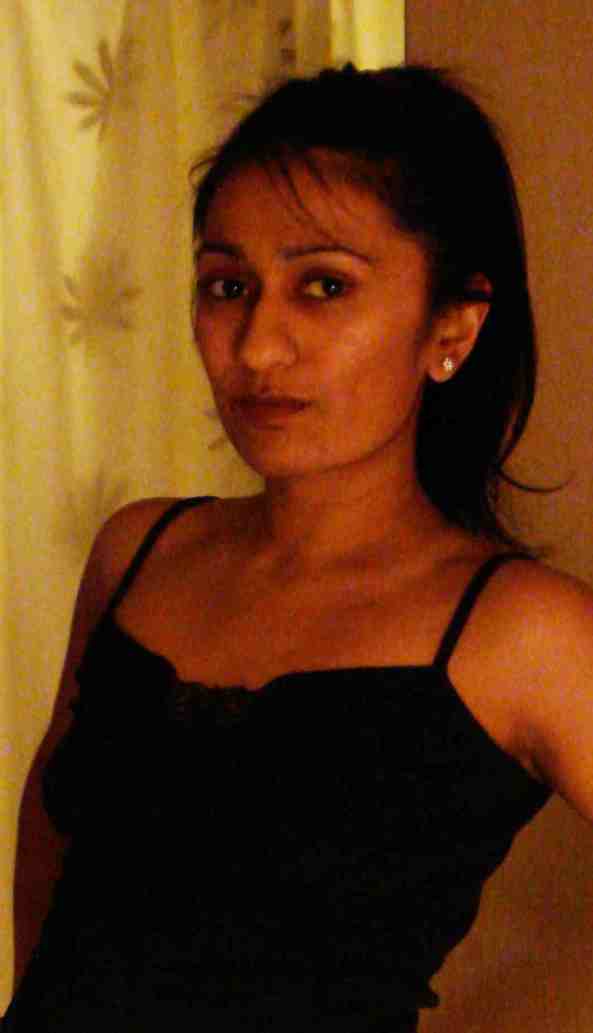 Mythili’s Tamil background and the religion in which she was raised form a strong foundation for her impressive body of work. Many of her paintings merge the gods and goddesses of Hinduism with modern day celebrities to create an open-minded vision of the role that traditional beliefs play in our lives today. With a solo show on now and her work being displayed alongside Tracey Emin and Chris Ofili from May 3 in the Elephant Parade, she is certainly one to watch.

Mythili has put down her paints and brushes for a few minutes this week to talk to us about the meaning behind her work, how living in London gives her creative freedom and what to expect from her current show.

LLO: How does living in London influence your creativity?
MT: I feel unrestricted in London and can go where I want, make what I like and say what I feel. There is access to a wide variety of creative stimulus and social interaction with a large multicultural community.

As an artist having this personal and public freedom means that there is little pressure to censor anything that is produced.

LLO: How would you describe your style and technique?
MT: I studied print-making, so techniques learnt in this process cross over when I paint. I still use a variety of objects to create stencils. Cooking ingredients are also used as stencils; kidney beans, chick peas and lentils create a pixel effect and the images can have a graphic look to them. A blue print skeleton is created through collage and drawing then silk screened onto the canvas. Layers are built onto the image with acrylic, oil and spray paint.

LLO: Much of your work blends Eastern and Western culture which is interesting considering the generations of Londoners born to parents who come from Eastern cultures. What messages do you hope to communicate through your art?
MT: The images that I have been working with recently are an attempt to bridge traditional tales and ideas with a contemporary understanding.  I want stories from different cultures to be accessible to anyone who is interested in them. I am keen for images to create curiosity so that people investigate cultural concepts on a deeper level. 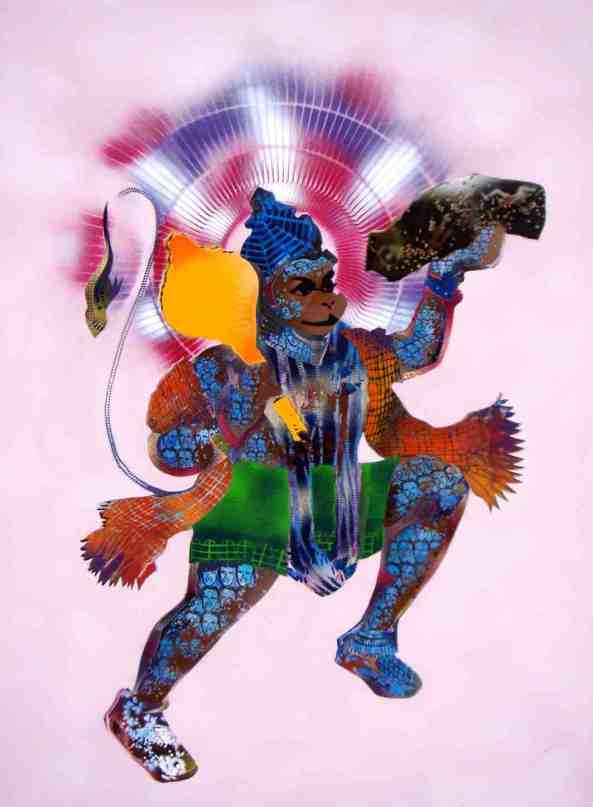 LLO: What can we expect from a visit to your solo show “Desi Gods and Goddesses of the 21st Century” on now in Westbourne Park?
MT: The paintings are about the ideas of God being a combination of different forces. I went to a Catholic convent and have family members who are Evangelical christian. As I was bought up as a hindu there were  contradictions in my understanding of God. It interests me why someone would or wouldn’t believe in God and how this entity can bear the brunt of glory and condemnation. I like looking at characters real and of mythology that people consider positive and negative. The paintings are a process of creating visual ideas of these forces.

LLO: Your work is set to feature alongside Tracey Emin and Chris Ofili this summer as part of London’s Elephant Parade. Can you give us an idea of what we can look forward to when the elephants hit the streets?
MT: The elephant parade will be a outdoor UK exhibition presenting 250 elephant sculptures uniquely painted and then auctioned of to raise money for the conservation of endangered elephants. It’s a wonderful project that I’m thrilled to be a part of. Lots of information can be found at www.elephantparade .org 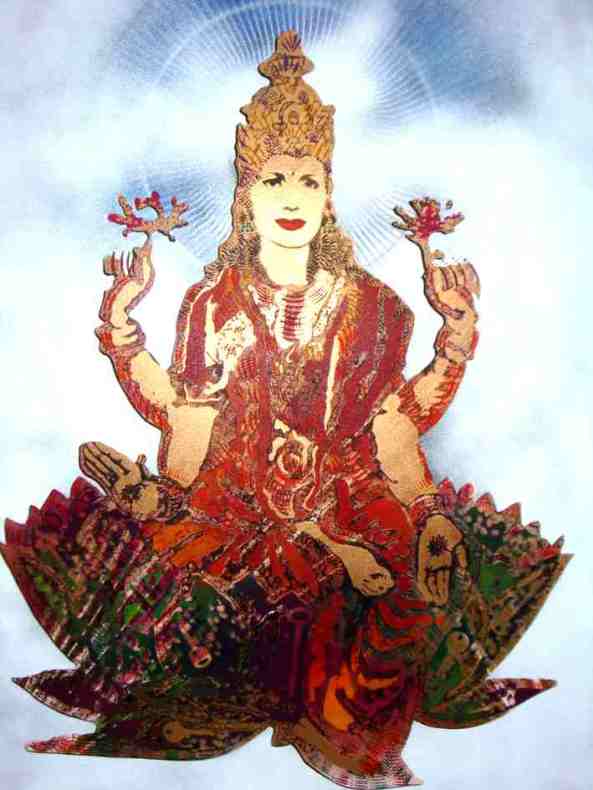 LLO: Which piece are you most proud of and why?
MT: It’s a painting in the show: Kali. It’s a self portrait. The original blueprint that I sketched was fairly timid with a playful facial expression and garlands of flowers around my neck. Kali is often depicted in pictures and statues in this passive representation, my mother supports this by her belief that “Kali has a sweet face”.  Kali is a force with conviction that eliminates the undesirable in a fairly extreme and aggressive way. My mouth is stitched up and razor blades replace roses. Shutting up and getting rid of things is the preferred option though the tendency can be to rant relentlessly and accumulate. I’m proud of this painting because a part of me thought it egotistical to make myself Kali and then I remembered that the incentive of the collection was to encourage people to accept their divinity.

LLO: Tell us a bit about your experience bringing creativity to the girls in Uttar Pradesh, India.
MT: The girls at Udayan care were amazing, happy and incredibly motivated artists. We produced large scale mandalas that contained various geometrical shapes combined with text. The girls loved introducing vibrant colour to the designs that decorated statements about their strengths and ambitions. 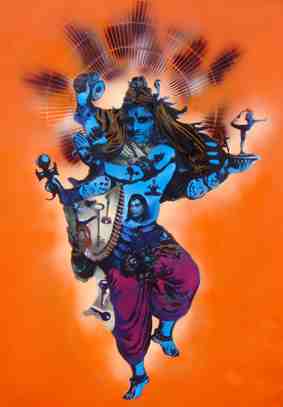 LLO: Favourite London exhibition space/gallery?
MT: I’m very fond of the Hayward. Although I went to the Wapping Project a few nights ago and loved the gallery space there. It has a haunting atmosphere and makes you feel quite sensual.

Note: All of the above paintings are 30 x 40 inches, acrylic, oil and spraypaint on canvas.

For more of Mythili’s work, check out her website: www.mythiliart.co.uk/