Ahmet Berut is a graphic designer, an illustrator, a photographer, an animator, a web designer, a Muslim with a passion for clarifying the misconceptions of his religion and, of course, a born and bred Londoner. The love of design started in primary school where Ahmet was fascinated by the design of storybooks while learning how to read. He graduated from university in 2009, sticking to the same career ideas he had way back then.

The core of his personal work is an effort to peel back the hard rind of negativity that lies between the peace inherent in Islam and the messages of fear and disapproval that have piled up since 9/11 and 7/7 became regular terms in the global media. Ahmet wants a bit of harmony in the world.

Beyond that, he has worked on creative projects with people like Dev.Soul (who is about to release a debut album) and is currently pursuing a 6-month internship at a charity-based organisation called L’Ouverture (www.louverture.co.uk) which he is enjoying tremendously.

Eventually, Ahmet would like to have his own freelance design company. 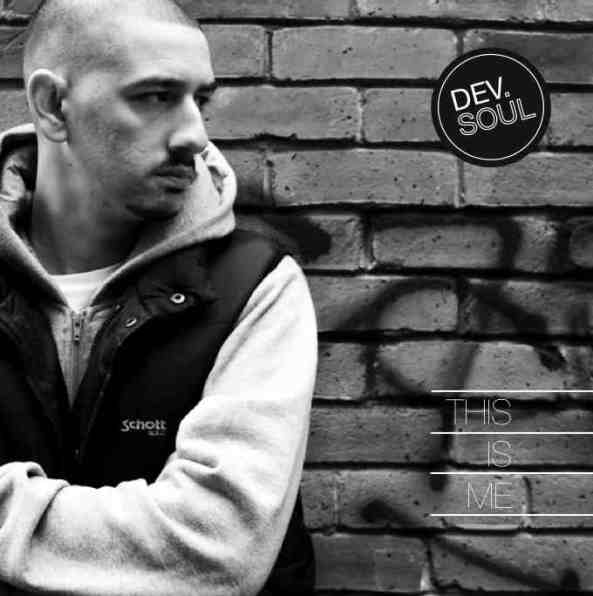 LLO: How long have you lived in London and how does this city influence your creativity?
AB: I’ve lived in London since I was born, and the city influences me in many more ways than one. London is a very interesting and unique place to live because of the vast diversity within its people and their backgrounds, be it class, ethnicity or faith. This unique setting conjures up an abundance of influence, which materializes into an atmosphere, which certainly makes you more conscious of the world. This has had an affect on the concepts behind my self-initiated and personal work. I use design to understand the world better and also try to help people understand certain aspects of the world, such as my background in particular. I think there is a need for people to come together in one way or another to try and understand each other better and to help break down walls, even in London, despite the fact that it’s tremendously multicultural. 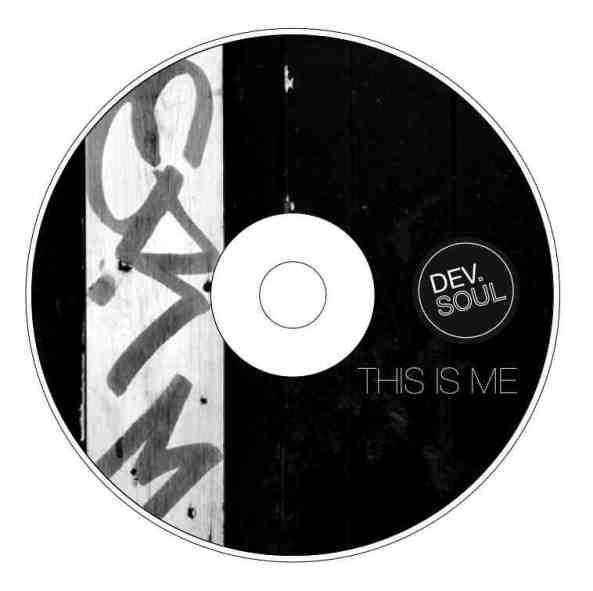 LLO: What is your working process from brief to finished product?
AB: Once I read the brief, I distinguish the target market/audience and I pick out keywords, which I can use in the research phase. Before I start on the research, I jot down some initial ideas. I think the most important part of the working process is the research phase. I mainly undertake visual research into current trends and also I look into existing work, which relates to the brief. After research, I experiment with ideas based on what I have found. Once I’m happy with a certain style, I develop potential final designs. I create a variety of outcomes, which I show to the client to keep them updated with progress. On most occasions during this phase, the client chooses one or two for me to develop further, or sometimes they are happy with what I have produced as a final. 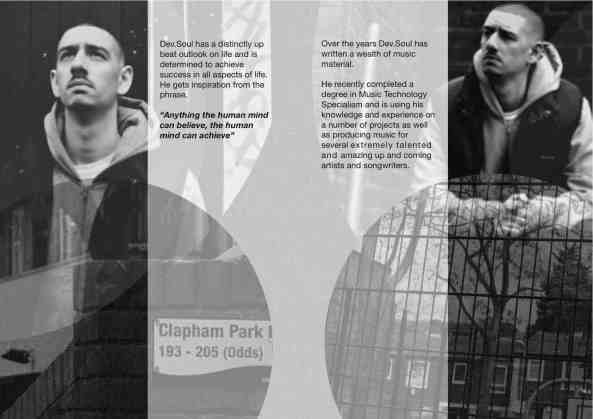 LLO: Do you specialise in any specific field of graphic design and which aspect of design do you most enjoy?
AB:I specialise in print work, however, I am also keen on specialising in motion graphics and web design. I particularly like motion graphics as I enjoy the working process of it and one of my ambitions is to work in the film, TV and gaming industry. I have also started to get into web design, as I have found that most of my work revolves around the web. There are also a lot of great opportunities once you have good web design skills. 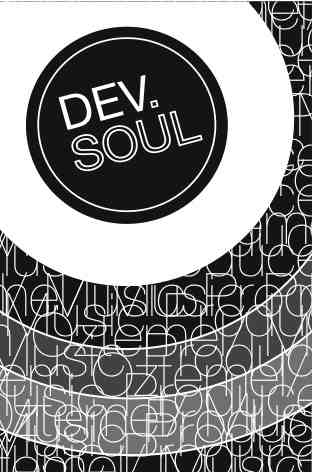 Dev.Soul, back of business card

LLO: Tell us a bit about your recent project “The Misunderstood Religion of Islam”. How did you come up with the idea?
AB: I had undertaken “The Misunderstood Religion of Islam” project for my final major assignment at university. The aim of the project was to factually dispel the universal misconceptions that many people have about Islam. In the process this would educate people about the religion and also hopefully open their eyes to something they thought had no positive impact or role in the world’s history.

The final products comprise of an A5 booklet, accompanied by several posters. The booklet contains articles dispelling the 10 most common misconceptions of Islam with quotes from the Holy Qur’an and the Hadith’s (traditional sayings) of the Prophet Muhammad (peace be upon Him). The posters have vivid images with strong statements and questions, making people think differently about Islam. 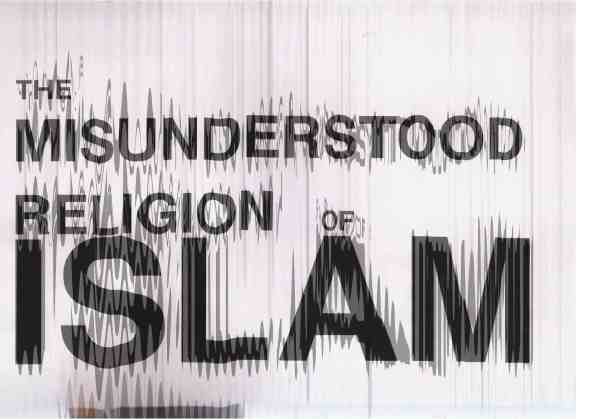 I came up with the idea in response to the unfair negative press Islam is getting in the media, especially in today’s global climate. I felt there was a moral need to address the misconceptions that have been created in all the confusion, which has stemmed from misinformation.

Unfortunately, on some occasions this confusion has led to undeserved hate towards Islam. This hatred is evident and can be seen across the Internet. For example, I would come across informative videos relating to Islam on sites such as YouTube, and around about 80-90% of comments on those videos were extremely negative – threats such as “Let’s kill all Muslims” or “They should all be kicked out of our country” etc. The latter consisted of misconceptions such as “Islam is a terrorist religion” or “Islam oppresses women”.  I feel that education is very important, because it is the only thing that will bring peace and unity.

People can take a look at the project here. 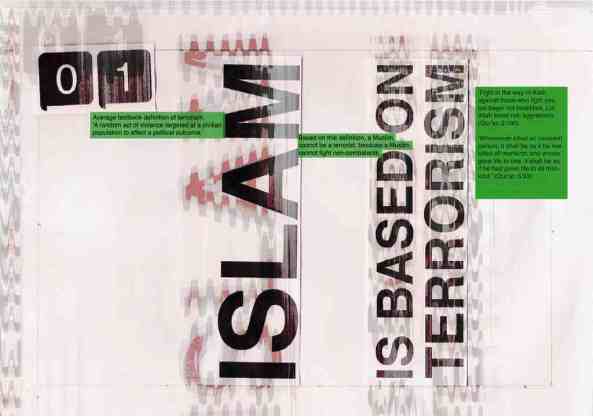 LLO: What messages are you conveying through your work?
AB: The main message I want to convey through my work is that not everything is what it seems. For instance, when you look deeper into something, it usually turns out to be different from what one would first assume. I tried to visually represent this connotation through “The Misunderstood Religion of Islam” project, by creating a notion of confusion and distortion through the typography.  I want to be involved in more projects that relate to these types of subjects that  hopefully make people aware of certain social issues. 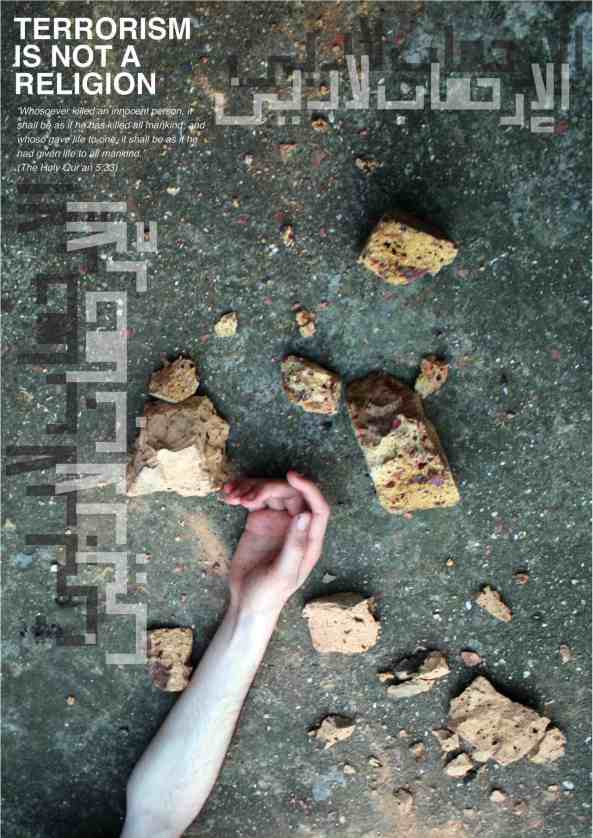 Terrorism is not a religion – A3 poster

LLO: Which project are you most proud of so far and why?
AB: The project I am most proud of is “The Misunderstood Religion of Islam” both ethically as well as aesthetically. I hope the project has cleared up any confusion that people might have had. I also hope that the project can be a platform for people to start discussions and debates. I think that the design style of the work has been successful in communicating the context of the project. It has also inspired me to experiment further with information design.

LLO: Who is your dream client and why?
AB: I have two dream clients, the first one being Naughty Dog, a computer games company. They have worked on games such as Unchartered 2 & classics such as Crash Bandicoot. The reason why I would want to work for them is because working in the gaming industry as an art worker is one of my goals.

My second client would be an organisation such as Current TV, which is an experimental media company. I am very interested in the work that they do, especially in the documentaries they make about world issues. That is a field I would definitely want to work in. From the clients I have given, I don’t favour one over the other. I want to work towards gaining opportunities to work in both areas. 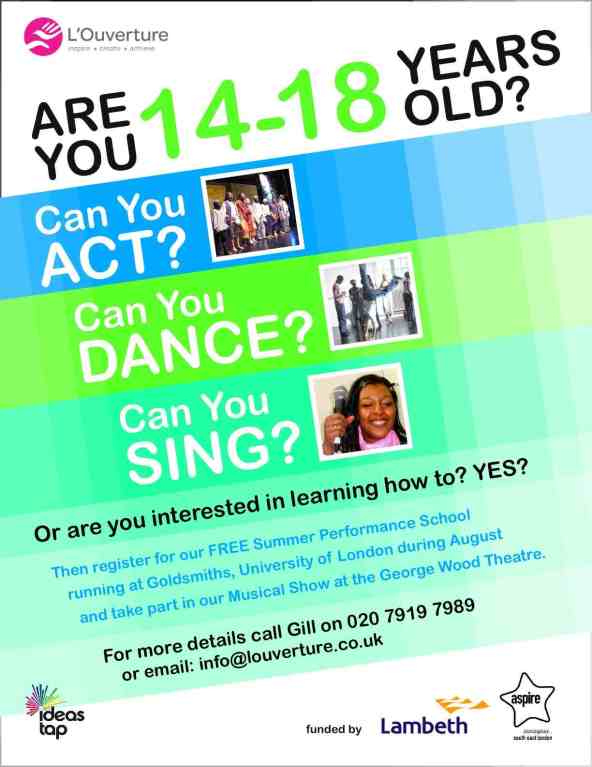 LLO: Favourite London-based artists and designers?
AB: I am very fond of a London-based artist/designer/illustrator who calls himself TWIY (Alex Chappell). He has a unique style in the work that he does. He ranges from print design, to illustration to painting. His work can be described in many more words than one, because I haven’t really come across many works like his. Some of the words that could be used to describe his work are unique, vibrant, exuberant, fresh amongst many more. People should take a look for themselves at his site. (www.twiy.co.uk)

LLO: How would you like to see your career develop over the next few years?
AB: In the next few years, I want to gain as much valuable experience as I can. I also want to keep on developing my style of work, as I will be doing throughout my career. Ultimately, I would want to have enough knowledge and preparation to be able to set up my own freelance design business. 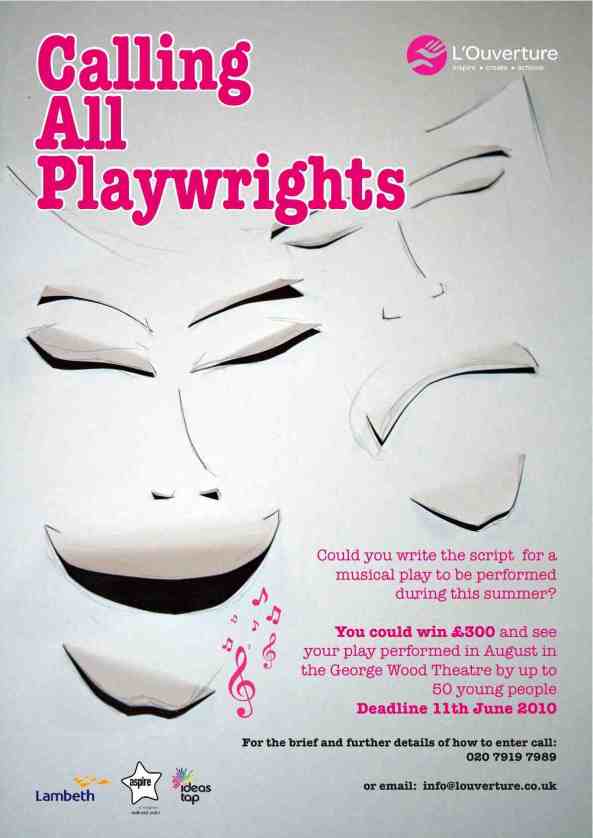 Apart from working with L’Ouverture, I am also working on a variety of other external projects.

My main personal project I am working on is redesigning the style of my website and also updating my portfolio. I try to always update the style of my site (www.ahmetbarutdesign.com) as much as I can. This plays a big part in my training for web design, as I would like to gain a foothold in the web industry.

I have also just finished working with a recently graduated music producer who goes by the name of Dev.Soul. He will be releasing his debut album, so I branded his name and designed him a music album sleeve cover, album booklet and business card. I have already worked with Dev.Soul in the past on another project. This project was called “20th July 1974”. We collaborated in creating a visual audio documentary based on the Turkish Cypriot’s untold story of the Cyprus war in the 1970’s.

I am also currently involved in an ongoing self-initiated project, which carries on the work of “The Misunderstood religion of Islam” project, which hopefully helps people become aware of certain world and social issues and also makes people clear about the teachings and beauty of Islam.