“Thinking is the greatest torture in the world for most people.”
Luther Burbank

Having just spent six months in a small Colombian village with dirt roads, ambling mules and lazy afternoons spotted with siestas, I’ve come back to London this time with a slightly different approach.

I’m on a mission to savour the beautiful little moments in life, walk a bit slower, smile more, occasionally actually allow myself to make eye contact with a stranger, appreciate this incredible city without letting the chaos and madness of every day life in it overwhelm me and suck me into its vortex.

In the morning rush, I look around and people are visibly stressed. A lot of 9-5 Londoners seem very serious in the morning. Serious and on a mission, fast walkers, robots.  A year ago, I’m sure my morning face looked similar.

That said, it’s not easy to create a little bubble of personal space when you’re toe to heel with the commuter walking in front of you, fighting for elbow space on the tube and stumbling over confused tourists stopping in the middle of the pavement while you’re on your way to work.

So it’s nice to see the benches lined up on South Bank these days that say “Everybody needs a place to think.” 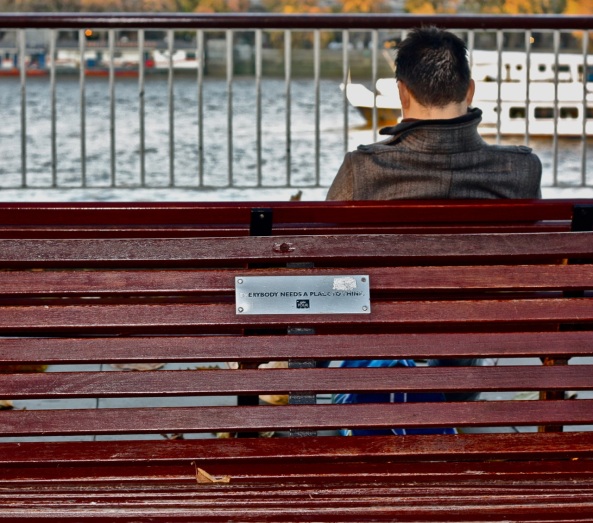 We probably don’t do enough of that. Just thinking, that is. Sitting and thinking without watching the time, texting or chatting. I know I don’t. But London is actually full of places made for just that, especially with all of the green spaces we have access to in the city. As part of my new outlook, I’m going to make a point of taking advantage of them more often.

One of my favorite places to sit and think is at the end of the dock down by the OXO Tower. I did an internship back in 2004 with a company whose offices were right on the river. I ate my lunch on the dock every day, walked over Blackfriars Bridge twice a day. It was a brilliant time of my life so being there always calls on those memories.

So I took a picture of it the other day, my dock… It’s just a dock, nothing special really, but it’s my favorite place in London just to sit and think. There’s a certain slice of peacefulness to be found there (just don’t go and ruin it now, will you?!) 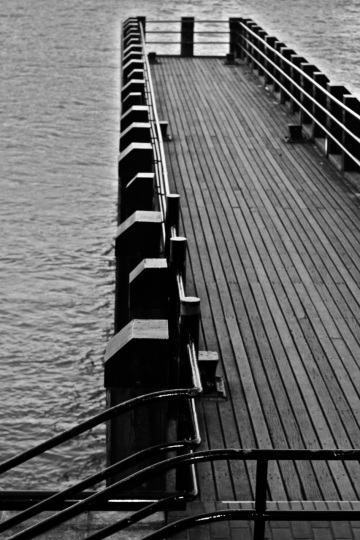 As for this pigeon, roosting right smack in front of me on the steps of St. Paul’s, he’s mastered the art of calm.
He can think (or, more likely, not think) anywhere. 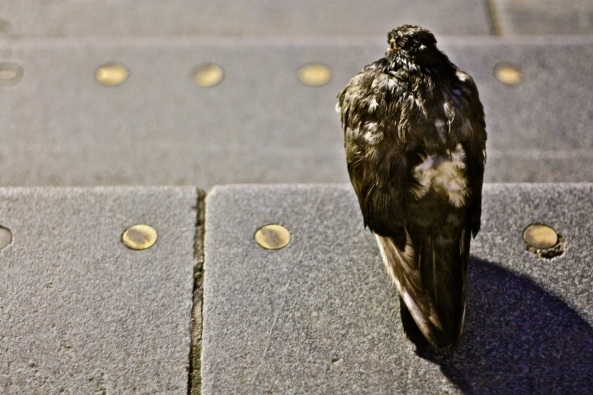 So, where’s your favorite place to think in London?
Why? What makes it special to you?

When this dock by the OXO Tower is empty, it’s one of my favourite places to escape the chaos and crowds. I have brilliant memories of this dock from about six years ago when I did a work placement at Fleet Street Publications in the Sea Containers House nearby. I would eat my lunch here, bring a bottle of wine and a few friends after work or watch a romantic sunset like this one.

It’s a place of memories for a lot of other people as well, judging by the carvings along the rails.

[[On another note, Happy Birthday Colin!!]]