Remember those powerful images of lonely dogs starting out of car windows into dark and rainy nights? That was one of Martin’s photography projects. Now he’s put together another series, this time focusing on East London with the result a collection of books on various topics. One I’m most looking forward to follows the story of 86 1/2 year old Joseph Markovitch who, according to Martin’s Kickstarter page for the project, “Joseph Markovitch has left London only once, to go to the seaside with his mother. He loves Nicolas Cage, has five sugars in his tea, would have married a six foot two Hispanic woman but in the end had bad chest catarrh and never had a girlfriend.” Below, he talks a bit about how he first met Joseph, what to expect from this new project and his most memorable East London smell. 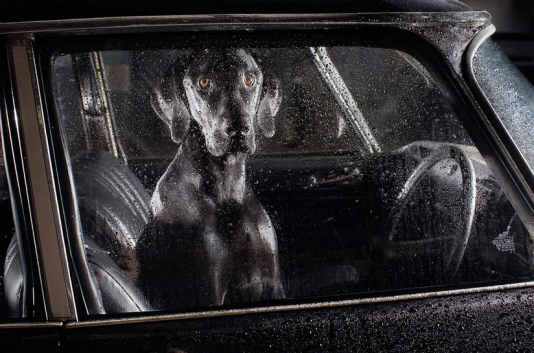 LLO: Tell us a bit about yourself and your background.
MU: I’m from North London originally, but now feel very much that East London is my spiritual home. I’ve lived here for about 12 years and can’t imagine living anywhere else. It’s constantly changing and developing.  I love walking our dogs around the area.

LLO: One of your most well known photography projects is the powerful series of images called The Silence of Dogs in Cars. The images are quite dark, yet look like they’re out of a dream. What is the process of creating these images?
MU: I wanted to create something a little other worldly. This meant a huge amount of preparation, lighting and planning. Each dog had to be matched to each car to each location and then we used up to four lights. This gave it a cinematic feel that took it out of the everyday.

LLO: Share a story of a memorable encounter between you and a Londoner with their dog that you met while working on Dogs in Cars.
MU: One shot required having four huskies in a car who were incredibly excitable. It took place at 11pm outside a set of council flats and they moved so much they kept hitting the horn. The only thing that calmed them down was hanging some ham in the air and playing Sinead O’Connor’s “Nothing Compares 2U” from another car and at high volume. We got the shot but the neighbours were bemused to say the least. 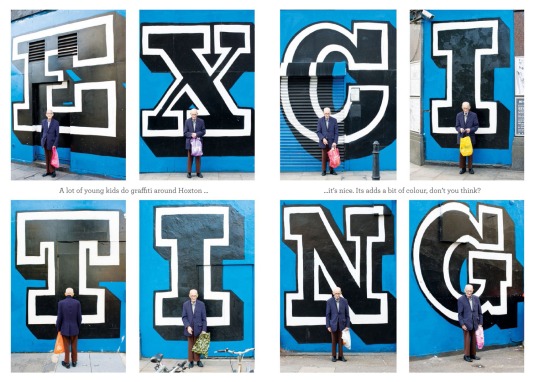 LLO: You used Kickstarter to help fund the Dogs in Cars book. Now you have another project – books about East London – also being funded through Kickstarter. In five sentences or less, what is this new project all about?
MU: It’s about making beautiful books that celebrate the creativity and character of East London. There are so many fascinating untold stories here – and so many creative photographers, illustrators and artists to help tell those stories. I’ve always loved books as well as photography and illustration and this is a way to bring it all together. I feel that East London has an appeal far beyond it’s boundaries. 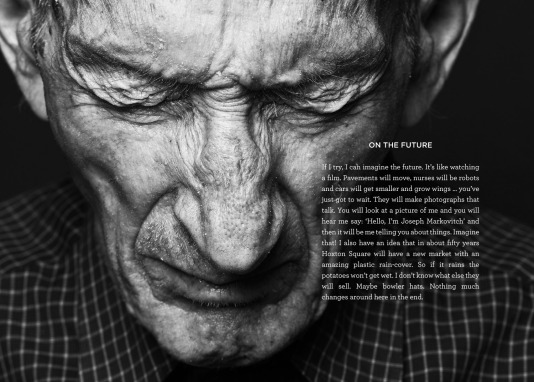 LLO: Tell us the story of Joseph Markovitch. Who is he and how did you meet?
MU: I met him one day just walking through Hoxton Square. He always likes to talk to strangers. I assumed he was homeless or drunk – he was neither. In fact he belonged more to the area than any of the young media types lounging in the sun. I realised he had a unique and fascinating view of an area that was changing so quickly. We became friends and I charted his life. The book was a by product of this but did so well I thought a publishing company producing books like this would be viable. 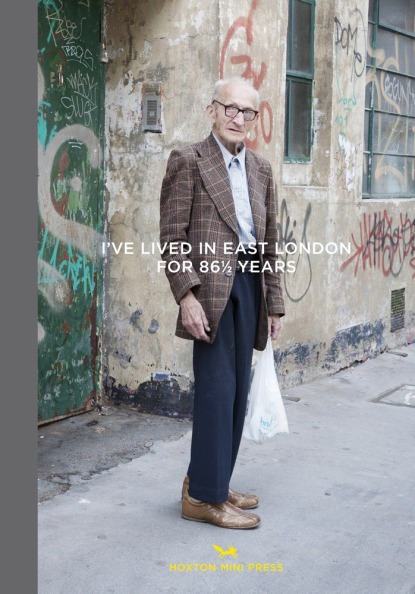 LLO: How did your relationship with Joseph lead to him becoming the subject of one of your books – “I’ve Lived In East London For 86 1/2 Years”? What can we expect from this volume?
MU: I realised he was totally both totally unique but also very tender and funny too. A powerful combination. I started just by taking portraits but then realised his words told as good a story as his face.

LLO: What are the biggest lessons that you’ve learned about yourself and the world around you through your photography projects?
MU: That you have to be your own motor. You only get things done with a lot of self-drive. But also that your own way of seeing the world is as valid as anyone else’s can ever be. 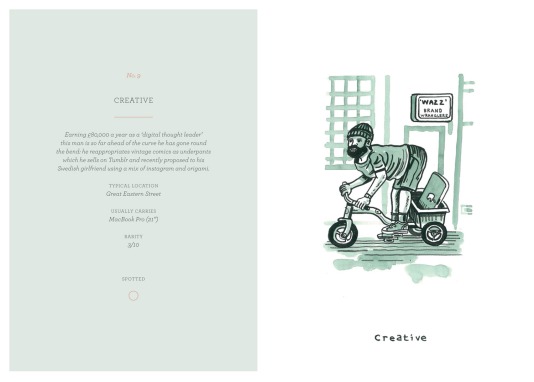 LLO: When you think of the London that you know best, what comes to mind when I say:
MU:
Sight – Hipsters burning small holes in London fields with their BBQ sets
Sound – Taxis
Smell – Coffee mixed with morning air mixed with a hint of pollution
Taste – Breakfast at the Pavillion in Victoria Park
Texture –  Rough tarmac under my bike wheels 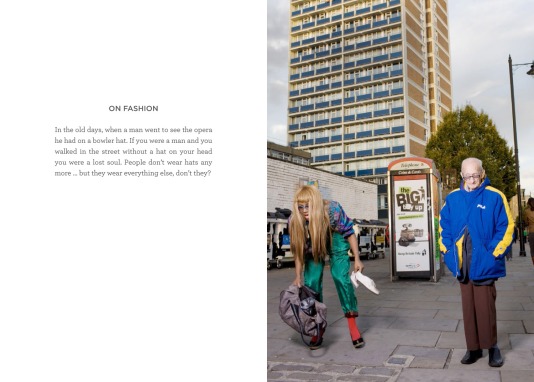 LLO: What’s your favourite London discovery?
MU: There’s a small observatory up at the top of Hampstead Heath that I went to some years ago. I am not sure it is there any more but it’s run by a volunteer and there is an incredibly old telescope that allows you to see the stars as they might have done many years ago. Very beautiful. 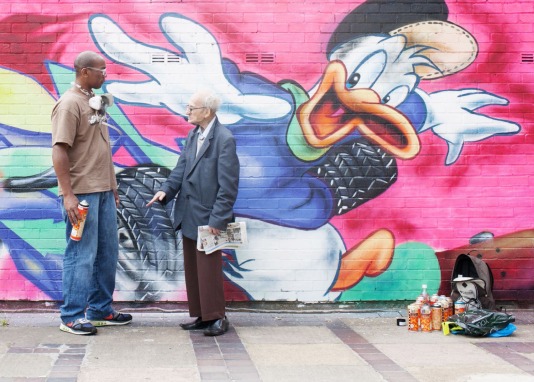 For more from Martin, visit his website or support his latest East London book project through Kickstarter.