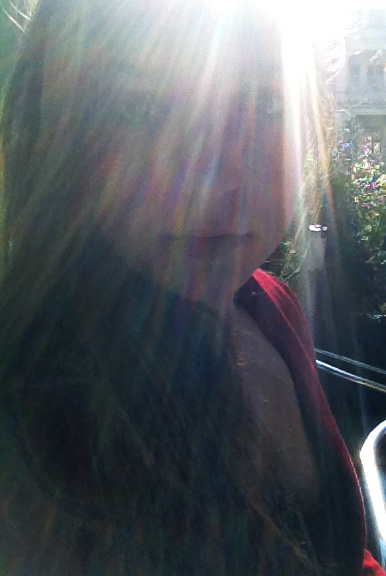 Sanja’s personality – her belief in noticing the “little things” shines through her photography. It’s obvious from these images that people warm to her, let them into their lives a bit through her lens. She manages to capture an intensity, a connection, in their eyes. There’s an honesty in her street portraits that I admire.

She tells us in her London Art Spot interview below about how her incredibly international background (living in Bosnia and Herzegovina, Germany, US, Czech Republic, Argentina and London not to mention holiday travel) continuously influences her work, why she is attracted to photographing strangers which led her to start the project “A Hundred New Faces” and what the term “urban poetry” means to her.

The cover image on Sanja’s Facebook page is a Friedrich Nietzsche quote: “And those who were seen dancing were thought to be insane by those who couldn’t hear the music.” Just by looking at her photography and reading her answers below, I’m pretty positive that Sanja is one of the dancers.

LLO: Where are you from originally? Tell us a bit about yourself as an artist.
SH: I was born in Sarajevo, Bosnia-Hercegovina, but spent the vast majority of my life growing up in Germany. I ended up in photography somewhat haphazardly. I had always had a passion for art but it wasn’t until I was 23 that I picked up camera and just started taking photos I loved. From that very moment, I knew this was for me. I didn’t even think about myself as an artist. I just wanted to take pictures. I distinctly remember the moment – I was at a botanical garden in Buenos Aires called Jardín Botánico Carlos Thays. It just felt completely right, and I wandered the streets of Buenos Aires for weeks and months thereafter, losing any sense of time. Over the past years, I got a better sense of the “it” factor I was seeking. Some very good mentors have helped me along the way and ever since I was not able to let photography go. 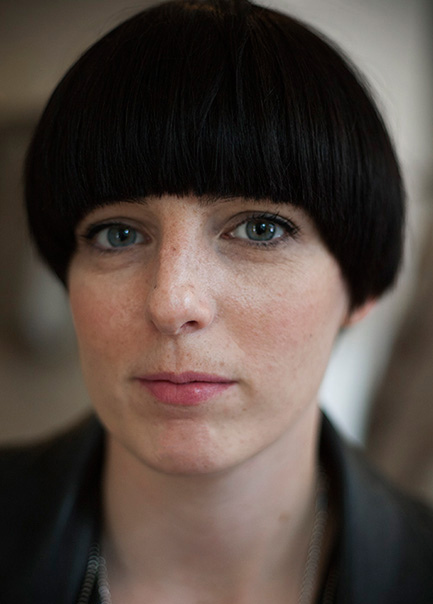 LLO: How did you end up in London, studying at Central Saint Martin?
SH: The story of how I ended up in London is probably reflective of my rather unconventional background as a photographer. As I mentioned, before spending time in Buenos Aires, I had no idea how much I actually loved photography. After the epiphany moment in the Botanical Garden, I simply continued taking pictures without thinking much of it. However, having graduated from university just a couple of months earlier I had previously signed a contract and was ready to start working. That job was based in London. It turned out an amazing city for photography. I soon ended up quitting a less fulfilling job and decided it was time to turn to what I really liked. Among other things, this led me to sign up for part-time classes at CSM, where I met some really interesting people. 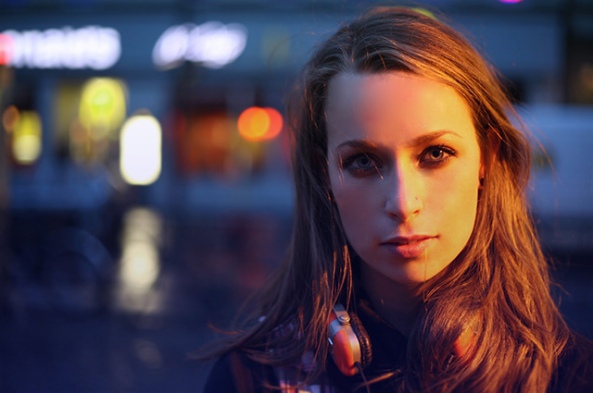 LLO: You have a very international background. Tell us about the other countries that have been a major part of your life and in which ways this inspires your photography (if it does!)
SH: I think that the countries I have lived in influenced my way of seeing the world, which in turn impacts my photography. Throughout my travels, I learned that the real beauty of a place is revealed in the details. When I went to Buenos Aires, I was impressed with the overall skyline and view of the city, but nothing caught my attention more than the way they serve coffee with a little piece of chocolate, or the way the streetlight softens the edges of the buildings at night. The realization that beauty lies in detail has led me to pay more attention to these “little things”. I think this is reflected in my photography. I focus on individual situations, trying to isolate the random from the larger picture. This is true in particular for my street or urban photography. When I take portraits, I similarly love to see the details of a person’s face. All the little imperfections that others may retouch – l usually leave them as they are. I find them beautiful. Living in the US, on the other hand, lead to entirely different insights. I went through a phase where I really missed the elaborate details in architecture so characteristic of European cities. However, I soon started to revel in the mundane nature of many suburbs. I feel that this appreciation of the mundane was in fact a major catalyst for my photographic practice. 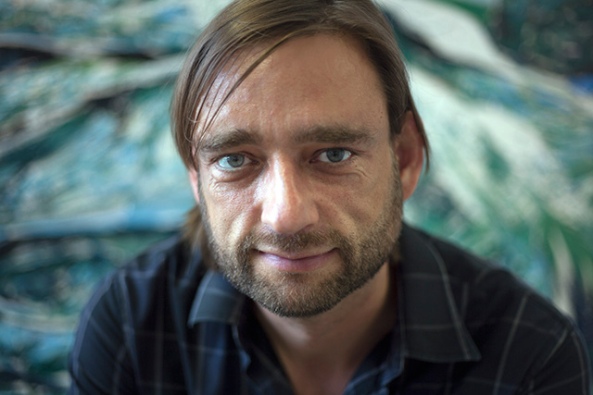 LLO: Favourite places in London to take your camera and why?
SH: This is a no-brainer for me: London markets. Borough market, Camden Lock, Hackney Wick – these are all great places to encounter some beautiful moments. People feel anonymous in the crowd, yet the very nature of a market requires individual interaction and the presence of, well, “little things”. A child reaching for candy, a man eating his food in a rush – all these can make for interesting moments. 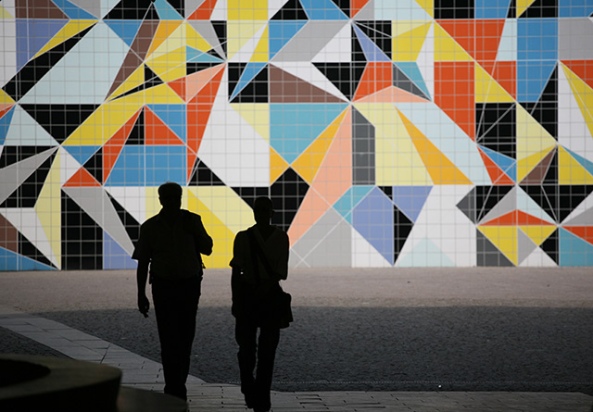 LLO: One of your goals as a photographer is to capture the faces of 100 strangers for a project called “A Hundred New Faces”. Why did you start this project? How far have you gotten?
SH: When I moved to Berlin, I met a photographer who taught various darkroom workshops. I signed up for one of them and one of the assignments involved taking portraits. Since I barely knew anyone in Berlin, I ended up taking photos of strangers. I found it a great way to connect with the people in a new environment. In many ways, it brought me back to my initial draw to photography – using the camera as a means to connect with your environment. After my first attempts, I found out that photographing strangers was a whole sub-genre. Overall, it really seemed like a worthwhile and beautiful undertaking. 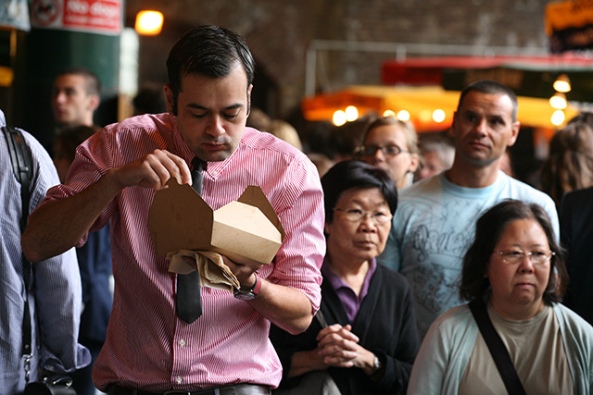 LLO: Tell us about the most interesting stranger you’ve photographed so far.
SH: If I had to pick one, it would be one of my very first strangers. She was a Bolivian woman in her mid-twenties who had come to Berlin for the Carnival of Cultures.  She was wearing traditional clothing as a display of her culture. It was a beautiful event, an explosion of colors. At the same time, it was also surreal to see how parts of culture can almost be transplanted from one part of the world into another. 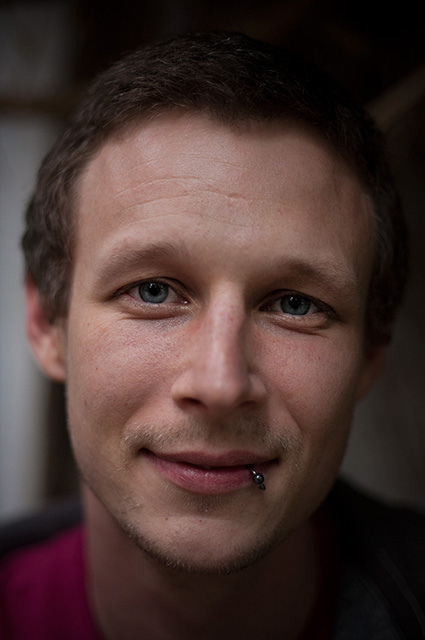 LLO: Have you ever had a negative experience photographing a stranger? If so, what happened?
SH: I did have some negative experiences photographing strangers. Among one of my first visits to London’s Borough Market, I photographed a lady selling fruits. It made for a particularly beautiful image since her fruits and her face were reflected through a number of metal objects surrounding her. She soon became very enraged and started yelling at me. I still managed to take a couple more pictures though. 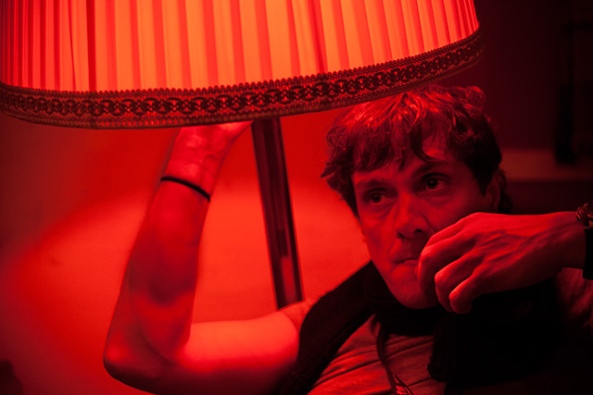 LLO: You have another section on your website called Urban Poetry. What defines “urban poetry” for you? Share a photo that you’ve taken that most strongly falls into this category.
SH: Urban poetry is this moment when amidst all the chaos of big city life, an image of simplicity and connection emerges. The images appear almost orchestrated by the flow of the city. It’s as if there’s a rhyme to all the craziness, a rhyme that makes the scenes appear poetic. As an observer to these moments, I feel connected to this beautiful flow, and simultaneously privileged for having caught these scenes. I think the image “Boy/In My World” (below) is a good example of Urban Poetry. 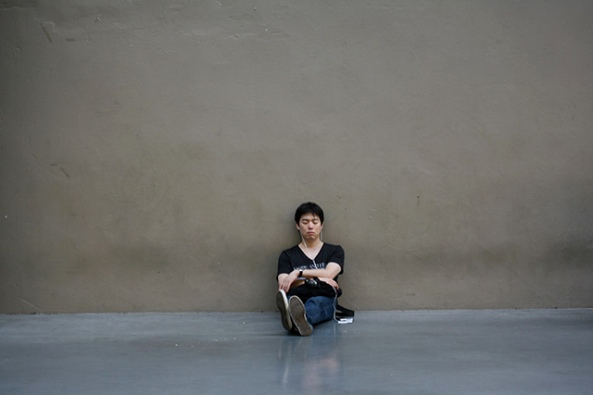 LLO: What do you hope to communicate through your work?
SH: I hope to communicate that people and situations that appear commonplace at first can reveal a stunning beauty when you really connect to them. For me, the ultimate moment of connection takes place when you take the photo. It is in that moment that I get an intense feeling and understanding for the person or scene photographed. This is what makes photography such an intimate medium. The understanding of the other person comes through a feeling rather than a cerebral approach. Hopefully, the viewer can connect to my perception and feeling as they see my photographs. 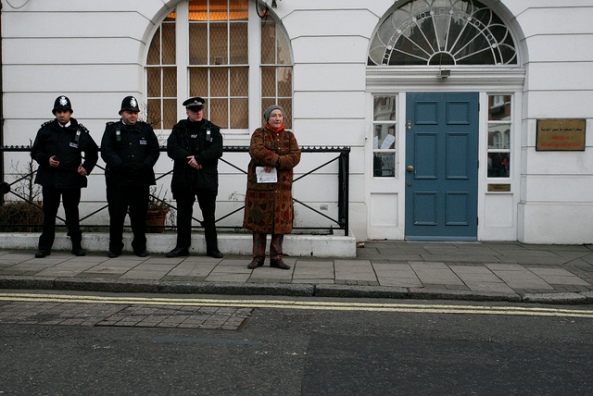 LLO: Favourite discovery while you were living in London?
SH: That’s a tough one, since London is so full of places to discover. I’d have to say that Pollock’s Toy Museum in Fitzrovia is a real treasure. It’s one of those places that make you feel like you’re living in a magical Harry Potter-type land.

You can also find Sanja here and here.

John Kortland‘s been out about about in Trafalgar Square and Covent Garden over the past few weeks. Here’s a handful of new images of Londoners going about their day with John’s clever quips beneath each one.

I could have sworn I saw Neptune next to me…

Time for an iTest?

Which one is your favourite?

Watch the blog for more from John or check out his fabulous photostream on Flickr.