Listen to a Londoner is a weekly interview with a Londoner – someone who lives in this city, born here or elsewhere. If you want to be interviewed, email littlelondonobservationist@hotmail.co.uk. 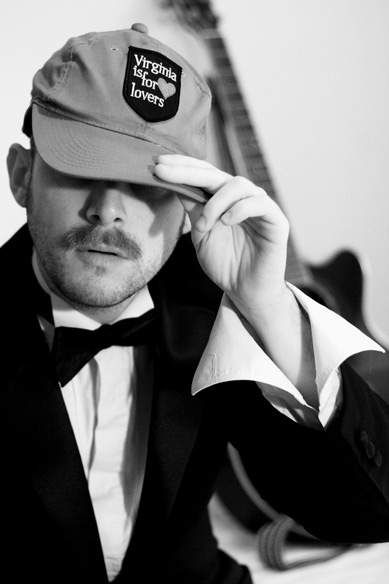 Singer-songwriter and sometime conceptual artist Owen Duff was born in Northern Ireland, grew up in Hull and now lives in Hackney, East London, where he makes songs and videos. His latest project is the EP ‘Under’, which is a set of songs inspired by living in the capital.

LLO: Which aspects of London life most influence your creativity?
OD: I think the biggest influence is just being amongst so many people, and being able to observe the things that people spend their time and energy making and doing. Life seems to happen faster here, so all these experiences, relationships, environmental and cultural changes are coming and going in quick succession, which can be overwhelming on a personal level but good for sparking off ideas. I also think the kind of people London attracts has an effect, in that it’s quite easy to meet people who’ve come here to try and achieve big and exciting things. Conversations with these people is often instrumental in provoking new thoughts and ideas.

LLO: You just released your first video to the song “London You’re My High”. What should we remember to appreciate about living in London if our spirits start to droop?
OD: Well, it’s an amazing place; most of us live in relative wealth and freedom, in a city with so much variety, history, and culture… really there’s so much opportunity to enjoy ourselves that we’re spoiled. Having said that, for me it’s the personal relationships that London has allowed me that I appreciate most – the size of the city means that I’ve been able to find many people with whom I have a lot in common and whose company I enjoy, whereas in a smaller town I might only have found a few.

LLO: Tell us a bit more about the video itself, where the idea came from, some of the locations you’ve picked out that are especially special to you, etc.
OD: The video was an idea I had whilst trying to get to sleep (most of my best ideas happen at this time; I’m a bit of an insomniac). I wanted to create something that both summed up my personal history in this city and was universal enough for other people to relate to. I started by making a list of all the memorable things that have happened to me since moving here, and then I started to think about where these things had taken place, which led me to think geographically, which is when I had the idea to use Google Earth to map out these experiences. I could have been more specific about what exactly each event was, but I wanted to leave it vague enough that people can read what they want into each.

LLO: You sing, play piano, guitar, ukulele, cello and percussion; write, record and produce. Sounds tiring. What are the most rewarding and most challenging aspects of producing an EP from start to finish?
OD: I think the rewarding-challenging aspects are intertwined – it is in overcoming the challenges that one finds the sense of reward. Certainly the early stages of writing can be totally euphoric, but after the initial inspiration comes the hard work of turning ideas into finished songs.

Lyrics are the thing I usually spend longest on, musically I tend to work quite instinctively and a lot from improvisation (sometimes I’ll just record a piano improvisation then go back and put words over the top, and that’s the song finished). There is a definite tension between the words and the music – often in order to express something properly I’d want to squeeze in as many words as possible, but that can really compromise melody and the ability to sing something well, so a balance has to be found. I tend to use extended metaphors and conceits quite a lot in my lyrics, which can make them hard work to complete as you’re trying to write about several different things at once.

I also find production difficult at times – unfortunately, I don’t have the skills nor resources to always arrange my songs as I imagine them (I’d love to arrange for different instrumental ensembles), so I have to find compromises, some of which work better than others. Production is so influential on people’s overall impression of a song that I can get quite hung up on trying to get it right. For example, ‘London You’re My High’ has gone through five different arrangements over a few years…

LLO: Your bio on your website says “Owen sometimes hides CDs in weird places around the world, just to see who finds them.” I’m intrigued. Tell us more.
OD: I did a project between 2008 and 2009 – http://twentytwominutesfourweeks.blogspot.com. The first part was writing and recording twenty songs in four weeks, which was a challenge I set myself just to see if I could do it. Once I’d finished the songs I was mulling over how and if I would release them, and decided that it would be fun to play with the way people find recorded music now. The ease with which music can be discovered and heard on the internet means some of its value is perhaps lost (of course there are many advantages to this, in terms of everyone’s ability to access music). I wanted people who found the music I’d made to feel that there was something different and enigmatic about them, so I had the idea to start hiding CDs with the twenty songs on them around London, for people to come across, without knowing what they were or who had left them there. I then extended the idea and started asking people in other cities around the world to help out – photos of all the different places that the CDs were hidden were then recorded on the blog. People should take a look! I haven’t hidden any in a while but I might do it again for a future project.

LLO: Favourite venue to play a gig in the capital?
OD: Well, I played Bush Hall last year, which was lovely, it’s a really nice building and has a good acoustic. I think though the favourite gig I played was at the Fleapit in Columbia Road, it was completely unplugged so I just sang and played guitar without having to worry about how I sounded through a microphone.

LLO: According to Twitter, your reading rate needs to match your book buying rate. Where are the best places to buy books in London?
OD: The best book shop I’ve found in London is in Notting Hill, the Book and Comic Exchange. I also like wandering around the second-hand bookshops south of Euston road.

LLO: Favourite London discovery?
OD: Ah, that’s a difficult one… I think it would have to be the amazing experiential/site-specific theatre that happens here, Punchdrunk being the main proponents. I have to give a mention to You Me Bum Bum Train as well, as I had an absolutely mind-blowing experience courtesy of them just last night.

LLO: Where is the most unique or quirky place you can recommend for food or drinks round here?
OD: I love Mess Cafe in Hackney, but it closed recently for refurbishment and I’m a bit worried they’re not going to reopen… For drinks my current regular haunt is the Nelson’s Head (also in Hackney), and I went to the Jerusalem Tavern in Clerkenwell recently, which is quite special – the current building dates back a few hundred years and going in there feels a bit like traveling back in time.

LLO: What’s next for you and your music career?
OD: At the moment I’m working on another EP/album derived from some of the 20 “Two Minutes 4 Weeks” songs. I have woodwind arrangements I wrote for a live show in 2009 so would like to get those recorded. Once that’s done I’ll be gigging again, although I’d like to find more offbeat venues to play than those on the regular London circuit. I’m also working on new songs to release after that, and recording a few cover songs and videos – so far I’ve done Buddy Holly, Joanna Newsom and Whitney Houston, and I’m very open to suggestion as to others I could do. Last but not least I have some side-projects which involve different styles of music to be released under different names, but which will all exist under the banner of ‘Clothmother’, which is a sort of nominal label I created recently. After that, who knows…