Happy New Year, everyone! These photos are from Vauxhall Bridge where we went to watch the fireworks…

Here’s to a looking forward to all of the opportunities 2011 has to offer and putting 2010 behind us. Thought this shot that Romany WG added to the Flickr pool was a great one to see in the new year. Have a great last night of 2010 everyone!

Last Sunday was Bengali New Year and the biggest celebration outside of South Asia took place around Weavers Fields, Allen Gardens and Brick Lane. 110,000 made it a record-breaking event.

Included in the festivities was a mechanical animal parade. We were down there for other reasons and didn’t get to see too much of the festival, but did manage a glimpse of a few floats starting off on the route. Here’s a few pictures of those. If you were down there and have some pics of your own to share, add them to the Flickr pool.

As I’ve said in the past, one of the best things about London is the merging of cultures.

This afternoon, I walked through Chinatown for the New Year celebration with an English friend and four Estonians – three of them couch-surfing at his place. We ate in a restaurant nearby – a Chinese buffet with Chinese karaoke of some sort on TVs in front of us. While there, two of the Estonians were speaking Russian with people at a table next to us.

I took a few photos, but it was raining, crowded and we didn’t get to see much because we were there a bit late, but here’s a couple. 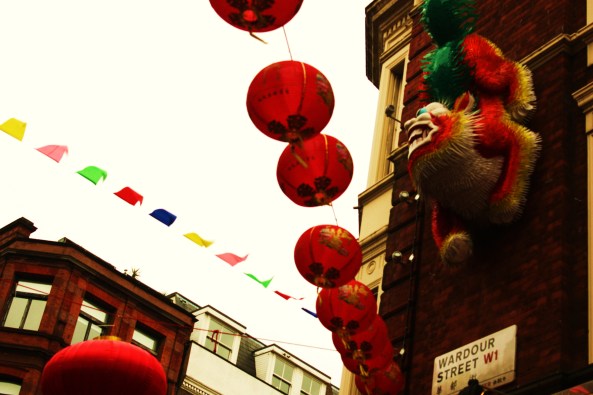 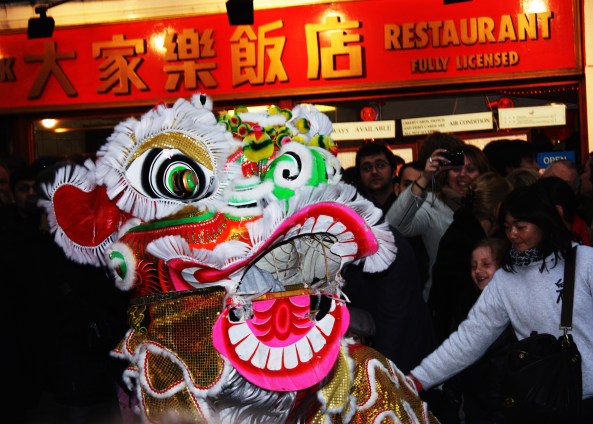 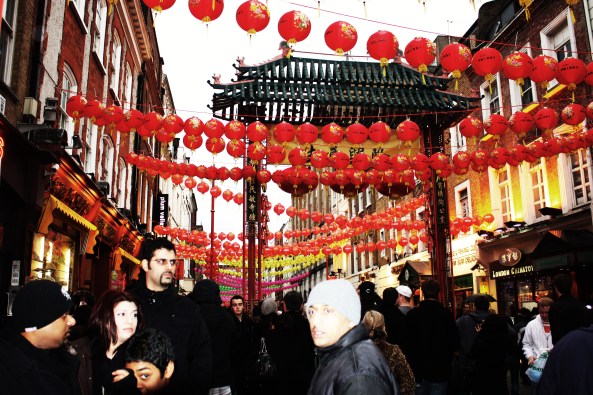 Through a friend of a friend, I was lucky enough to be able to bring in the new year in Parliament Square. We went to a fancy dress pop star party at her house just around the corner from Westminster Abbey, were taken through a blocked off area to a nearly empty Parliament Square about 11:45 – just in time to see the fireworks but not have to put up with the crowds or the cold….