London, as we all know, is heaving with secret little gems – La Bodega Negra in the basement of a Soho building with a sex shop façade; breakfast in former Victorian public toilets like The Attendant; the Secret Cinema, prohibitions parties and all sorts of entertainment – and now, The Street.

I may be biased because this new theatre space which was just built inside the study abroad center, CAPA International Education, where I work full time has seven large canvas prints of my London photography on the walls. 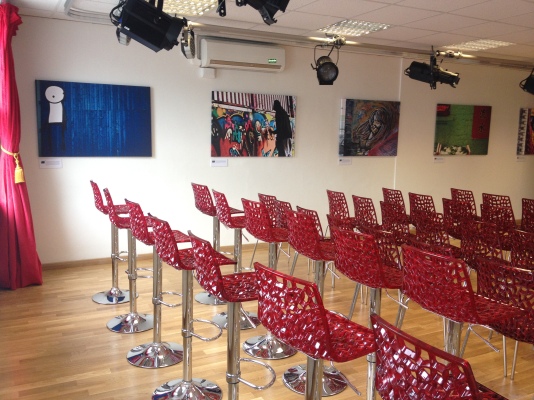 But it’s genuinely an awesome space for both exhibitions and performance with its fancy sprung floors, thick black box style curtain, lush velvety red curtains at the back and special lighting.

In fact, it uses new LED technology that’s supposed to revolutionise the theatre industry over the next decade and this is the first installation of its kind in the UK. They even have a fun disco setting where the lights switch colours in response to sound. 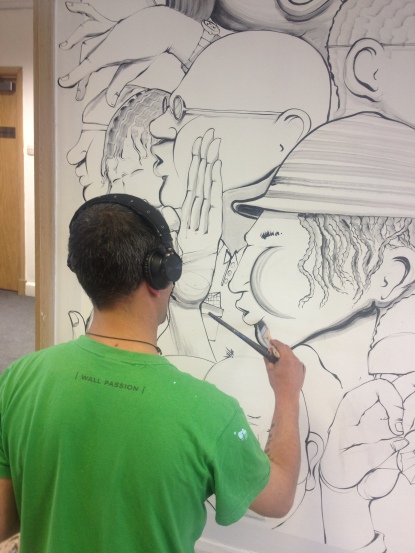 And my favourite part about it? It contains some original street art from the fabulous British paste up artist D7606 who created a special traditional London phone box at the entrance to the theatre (first photo) and a freshly-painted mural by London-based Italian street artist RUN. (Speaking of RUN, his new Village Underground piece is now finished as well!)

RUN’s mural before the lights and floor were installed

I had the pleasure of meeting both D7606 and RUN as they worked on these new pieces, creating a bit of street art in West London where it’s seldom found outside of the little Ladbroke Grove bubble near Portobello Market. This is on Cromwell Road, SW7, where you would definitely least expect it.

The space was built for a new Theatre Studies program for American study abroad students who come to CAPA London, but it will also be open for public events like exhibitions, open mic evenings, storytelling events, etc for the London community as well. Watch this space for upcoming events.

The name of the theatre came from a student who said his academic program here was great but he learned so much out there on “the street”. And it’s true – as much as you can learn in a classroom, what you learn on the street is much more raw, gritty, the stuff of real life.

We launched the space earlier this week with a street theme. We had international street food catered by Incredibly Fed.

Garry Hunter was there to sign his book, “Street Art of the World” which was a giveaway gift to each of the 50 or so guests.

Clementine Lovell and her Pop Up Opera came in for an energetic performance of two one-act operas – Donizetti’s Rita and Pergolesi’s La Serva Padrona.

I interviewed Clem about the Pop Up Opera which was on LLO on Monday and worth a read. She started the group with the idea of making the art form more accessible based on her experience with the more down to earth approach to opera in small Italian villages during her operatic training. 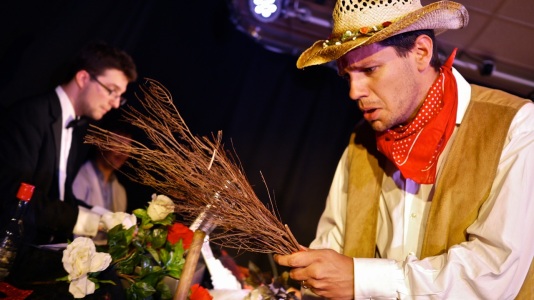 They sing in Italian with modern English subtitles, translated in a way that makes it funny rather than directly from its original language. 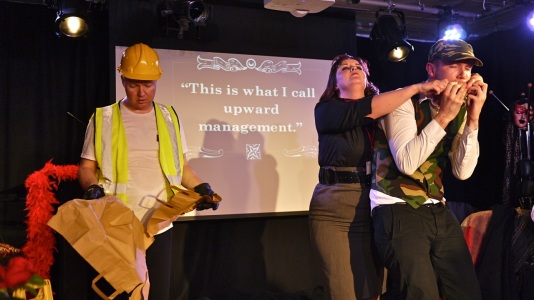 They use all sorts of props – from Nutella to a morph suit with balloon muscles to strands of rope.

They ran among the audience quite a bit, chasing each other, rolling around the floor, singing directly to people.

My front row knee was used quite a few times as a random place to leave props from these claws to a Muscle Men magazine.

It was all very entertaining. 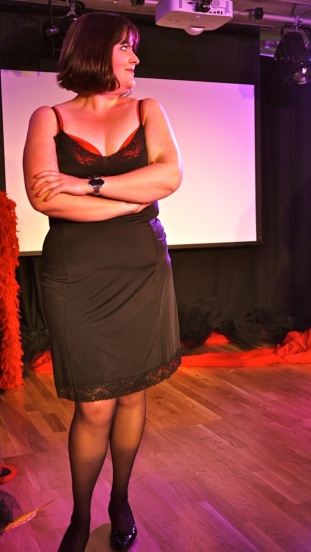 Before, during intermission, and after the show, there was plenty of mingling.

And a few celebratory drinks.

My photos, below, are hanging out on the walls of the theatre with the captions beneath them.

It’s an exciting new space both for the students and the London community who will also have access to this hidden gem of a creative space for a variety of interesting events coming soon!

Look at all the fun I missed the other day…! Martin Payne added these great Gorilla Silent Disco photos of the Flickr Pool. Where else but London do you see a bunch of giant gorillas dancing on a bridge?

The gorillas danced for 30 minutes, raising awareness for the upcoming Great Gorilla Run, which is raising money for the Gorilla Organization’s conservation programme. The run is expected to bring about 700 gorillas to the streets of London so don’t be alarmed on September 26th when they take over…

Claire Watson got in touch last week to offer us (well, the female half of us, anyway – sorry guys!) a discount on a great event coming up in July. It involves running in the park, massage, goodie bags and champagne to keep the spirit up at an after-party. Plus, it’s for a good cause, so I asked her to share the details here…. 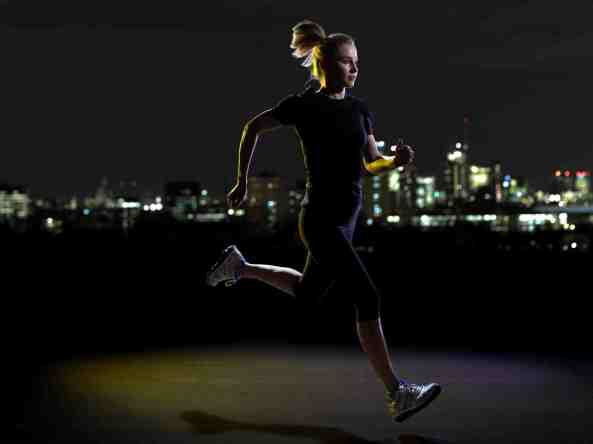 Any London ladies who love running will know that the Sunday morning runs can be a bit of a bind on your Saturday night social life, but there’s a new run that’s happening this summer which will let you lovely ladies enjoy your running whilst spending quality time with your girlfriends.

Boutique Run is a unique night out for the girls: a scenic 5km or 10km followed by entertainment and pampering.  We’re talking free champagne, hot showers, massage, a fabulous after-party and most importantly a special ‘Bouti’ bag full of goodies.

The evening’s festivities will be taking place in Battersea Park, 6pm on 10th July 2010.

And if you fancy an even more guilt free night out why not do something good for charity? Boutique Run is supporting Breakthrough Breast Cancer, a pioneering charity saving lives and changing futures, through research campaigning and education – removing the fear of breast cancer for good.

What’s more, we have secured a 25% discount off the entry fee for you all.  To claim the discount register online and enter code: OBS2.

Boutique Run will be best enjoyed with your girlfriends and you can sign them up for 25% off too, so why not guarantee them a place as well and enjoy this great night out together.