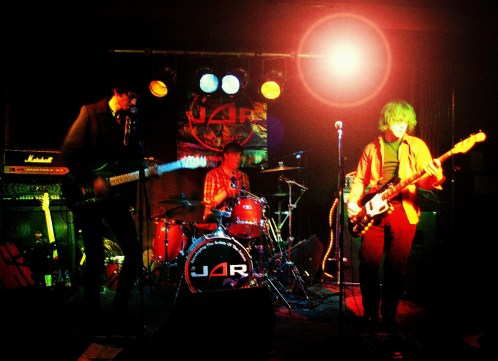 Deep in the heart of Camden Town some years ago, Liam, Sean and Matt downed a few pints at The Good Mixer and created a band called The Stayaways. Since then, they’ve been rocking out on stages from Camden to Croydon, gathering a following of fans along the way. Last night, they broke seven months of silence – after Matt injured his shoulder – to play a free gig in Kilburn…and surprised everyone with Lee – a brand new guitarist that made this 3-piece into a 4-piece. In this week’s London Art Spot, the original three Stayaways give us a glimpse of what’s to come now that they’re back on the stage.

LLO: So, the Stayaways are back after a seven month break. What have you been up to and can we expect any new material?

LD: Seven months is shocking to hear. It’s like weve been away having a baby that came out a bit early, which is what you can say has actually happened. There are definitely new songs and a few re-thinks on some of the others, hopefully bringing a new and fresh approach. We are now a 4-piece, so the possibilities seem endless in terms of sound after being a 3-piece for so long.

MW: I bloody hope so! My shoulder has been pretty ruined for ages now so had to take some time out to let it get better. Now we are back and have started on some new songs. They sound pretty good, moving on from what we have done before into what I hope is becoming quite a defined sound.

SM: It was a pretty unplanned break. Matt had shoulder troubles which was getting really bad, but the break really helped and he’s back to strength. We were kinda lucky in that we wrote some new songs and had some cool gigs like in High Wycombe students union (with masses of sweets!!!) and Barfly, then recorded just as his shoulder was getting bad. During the break, we considered our sound and have made some changes like Lee to help back up on guitar and vocals. We’ve taken the recordings from before the break and re-jigged them for the new layout and concentrated on the songs we thought worked more. We’ve also written a few new ones and have more in the pipeline. It’s hard writing new songs; there’s an urge to constantly play new songs, but at the same time, I think it’s good to revisit some of the older ones. We try to get a good mix to add contrast to our set and keep people intrested. 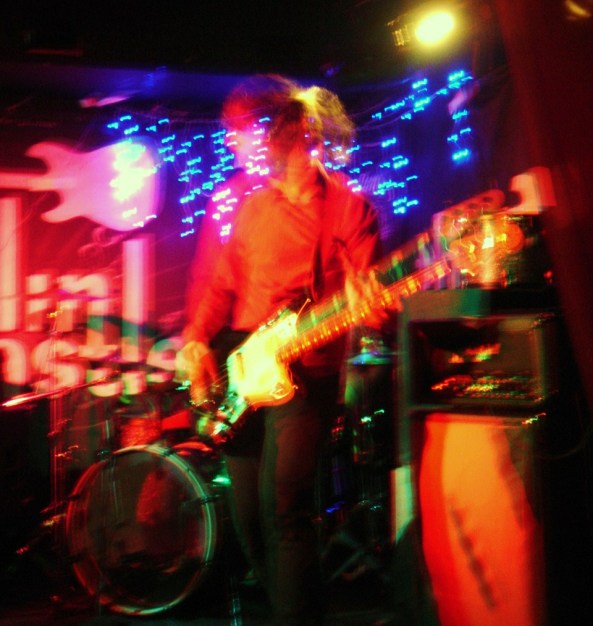 LLO: Describe your sound for the uninitiated.

LD: I think we have a light and a dark side musically. Songs like “Manna Factory” have both, ranging from the melodic guitars and punchy rhythms heading into the dark alleyway where we set up our thrashier punk side, all with a singable melody. Generally speaking, we try to write songs that we would like to hear; it’s not about ego.

SM: Personally I think we’re a rock n roll band but not one that wears leather and rides motorbikes, we can fall into more than one bracket but if you imagine a decent Iggy song, combine in some radiohead then a fat drum beat that draws on our experiences from growing up in/ around London I think thta would be something.

Listen to: “The Liar is Me”

LLO: How does living in London and its vibrant music scene influence the band?

LD: It gives you a good indication of the broad cross section of styles out there and therefore an opportunity to try and be unique. You couldn’t get that in any other city in England as in so many there tends to be a niche still lingering – based on a city’s music history – which is hard to break out from.

MW: I don’t live in london.

SM: I’m the only real Londoner in the band; however, Liams lived here for the last so many years. I think being in London and soaking up the variety in life has given us the freedom not to be tied down doing one thing. I don’t think any of us are really stuck in just one genre. Sometimes in rehearsals, we just mess around with ideas which can evolve into songs and we’re not afraid to mix, say, a kinda disco beat with distorted guitars. 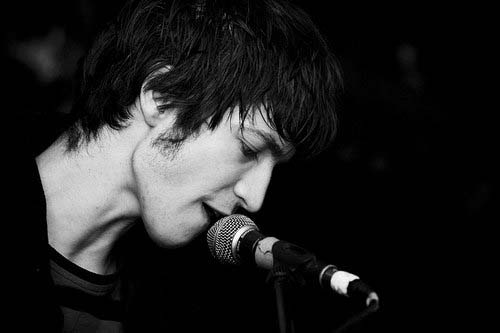 LLO: Do you have a favourite venue for your gigs and what makes the best place to play?

LD: I personally don’t have a favourite place to play. I think the best nights are set up by chance. It’s great when you’ve got a good audience who get involved and you can respond to that, and that can happen anywhere. I guess it’s to do with how everyone is feeling at a particular time, the crowd and the band. If there’s a connection between the two, then it works and makes for a great gig. It’s nice to entice the aggression out of people.

MW: I personaly love playing the Dublin Castle because the sound is good, with some really helpful sound guys. Also, because of the shape of the venue, it always seems to have a great atmosphere. It’s great to play there, because you know there have been some amazing bands that have played on that stage over the years and you just strive to surpass that. 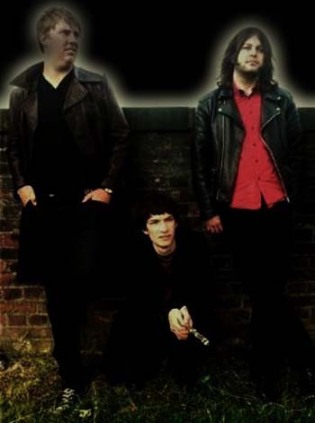 For more songs and updates on where to next catch the Stayaways live, keep an eye on their MySpace. To be added to their mailing list or book them for a gig, you can email stayaways@hotmail.co.uk.