Spring is always one of my favourite times of year in London. It came slowly this year but has finally given us a few days with no coats and glorious sunshine. Over the weekend, Jorge and I spent an afternoon walking through Regents Park. It was filled with flowers.

The buildings around the outside near Marylebone make an interesting architectural image. 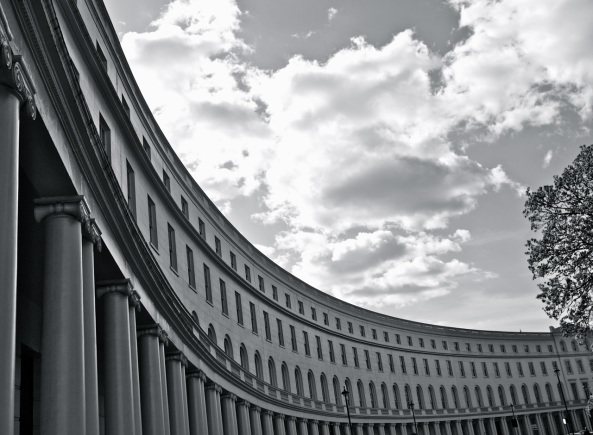 Cherry trees aren’t just for Japan. They are a sure sign of Spring here too.

And they were everywhere. 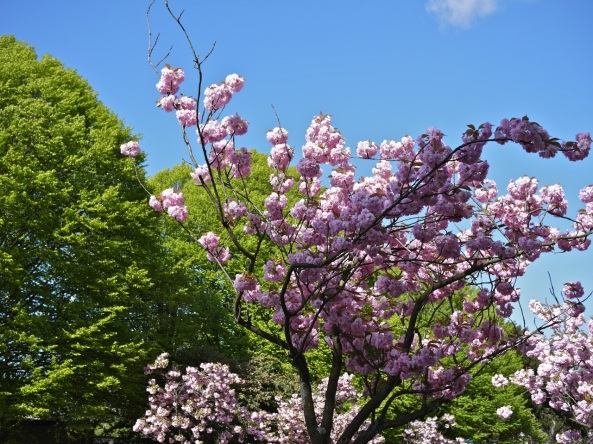 The petals flew down like a pink snow storm when the wind blew.

The ground was covered in blossoms. 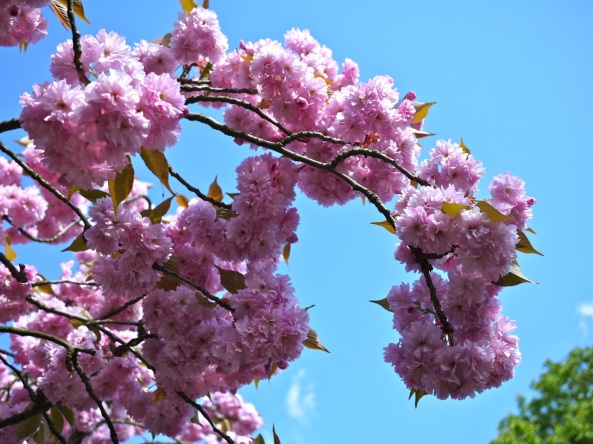 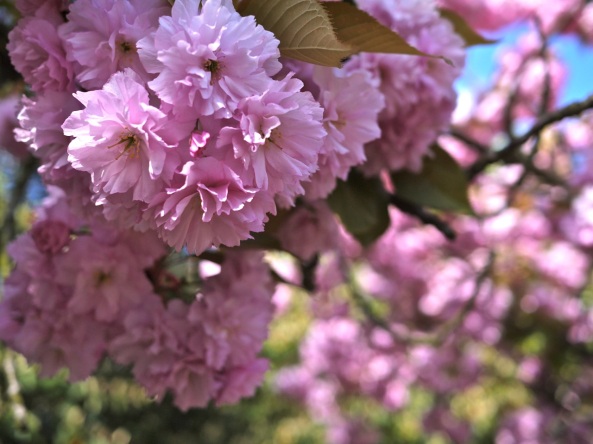 There were beds of tulips mixed with other flowers lining the pathways.

The rose garden was not yet in bloom, but still pretty.

With parents who have always kept a nice garden and a garden designer for a boyfriend, you’d think I’d be better with the names of plants and flowers by now, but I’m pretty useless so I’ll just show you the photos!

It’s so nice to see green after such a long Winter, especially at this stage when it’s all new and bright.

This little circle will look even more beautiful when the roses come out. 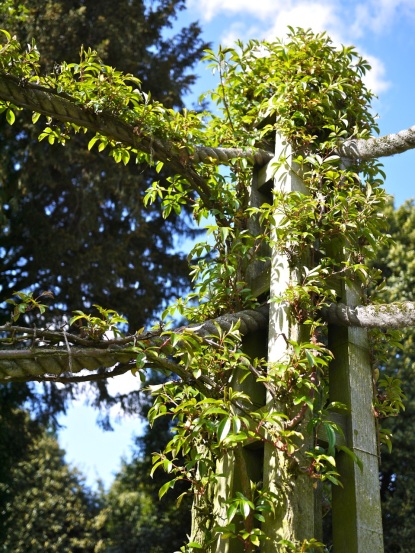 We hung out for a while amongst the flowers, soaking up the sun. Jorge stuck some blue forget-me-nots in my hair.

And then we strolled on. We came to the bridge.

A group of people was looking intently over the side, so we went to see what the fascination was. There was a bird perched in a nest with babies poking their heads out from under its belly. The mother was dropping food into their open mouths. Unfortunately I didn’t have my zoom lens, only my small 20mm, so you can’t really see it!

There’s another small bridge nearby with a waterfall on one side and a Japanese garden on the other. 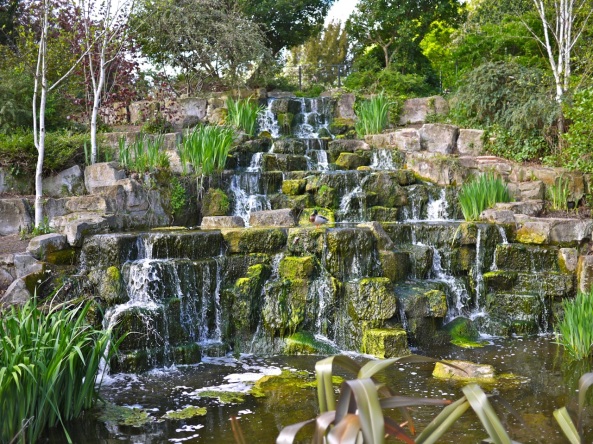 Are there any other waterfalls you’ve seen in London besides this one and the one in Kyoto Gardens in Holland Park?

We decided then that it was time to hunt for a coffee and went in search of the park cafe.

The cafe itself is nothing exciting, but these two trees across from it were so full and vivid. 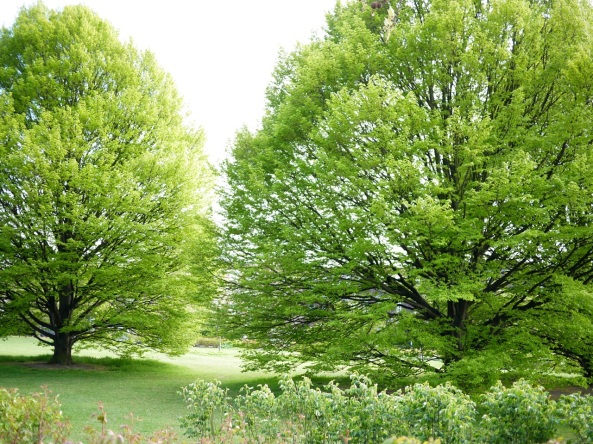 After coffee, we walked on.

And I spotted an apple tree.

It had big bunches of pretty pink blossoms.

The ground looked like snow as we neared the edge of the park.

We left the park near the London Mosque and carried on down the canal for our next adventure, which is for another entry!