A few weeks ago, I was invited by Griff from Street Art London to check out a secret street art project (which I’ve been holding out on blogging about until now!). The photos in this post are from my visit, which was a few weeks ago and I’m sure it has changed and developed in an incredible way by now!

After two hours on a bus that crawled over the bridge toward Vauxhall Station, three lines merging into one, and eventually onward to South East London, I arrived in an area of London almost completely unfamiliar to me: Dulwich.

I jumped off the bus and walked up to an abandoned house at 265 Lordship Lane, pressed the buzzer. The door was opened by a man covered in paint. He works in the building trade and was lending a hand with some painting. The walls were half red. Behind him, someone else walked in and I introduced myself. Turned out I was standing face to face with the fabulous Cityzen Kane! Also covered in paint, he happily agreed to show me around. 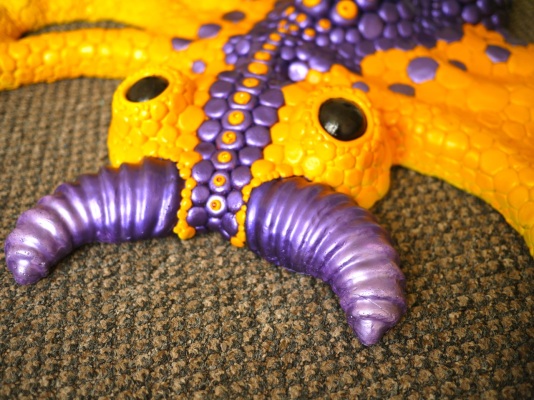 We were in a seven bedroom Victorian house that the council was ready to knock down and build new flats in its place. It was temporarily rescued by Griff along with Ingrid Beazley of the Dulwich Picture Gallery.

This is an unlikely collaboration but a successful one. Griff works with a lot of street artists and is very well connected to some great talent. Ingrid also works with talented artists, but at the other end of the spectrum – the more traditional type of creatives.

Together they have masterminded “Baroque The Streets” a festival featuring an outdoor gallery of large scale public murals inspired by works held by Dulwich Picture Gallery which is England’s oldest public gallery. The house on Lordship Lane that I was visiting is a part of this, but will then be knocked down as originally planned after the festival. But imagine being an artist with an entire house at your disposal!

Over the past month or so, quite a few of the artists participating in the festival have taken up residence in the house on Lordship Lane and have been given the entire fabric of this huge house to paint, each one in a room of their own and then more scattered throughout. 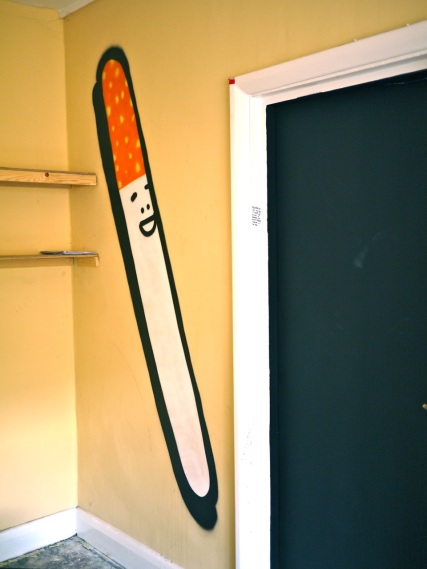 I was there several weeks ago so it was all a work in progress. The place was colourful, smelled of paint, spray paint bottles piled up in corners.

Cement structures that Cityzen Kane was working on were settled in the first room. He let me pick one up. They weigh a ton and he was just finishing up a new one that would take four people to lift it! He is also using the back garden area as a work space. 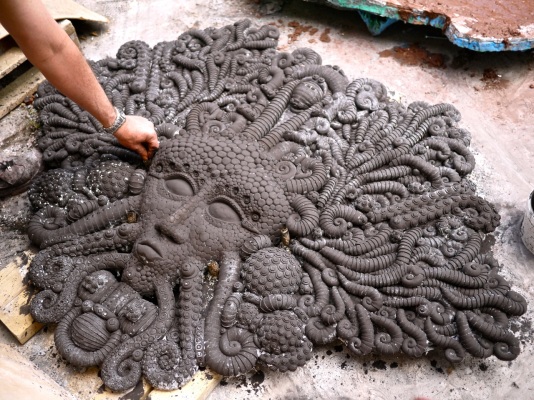 Looking up, a blue-green Christian Nagel mushroom is perched on the corner of the roof.

There were piles of half constructed mushrooms in a room and a giant balloon in the middle that serves as a mould for the caps.

In another room, the walls completely covered in Christiaan Nagel’s foam. 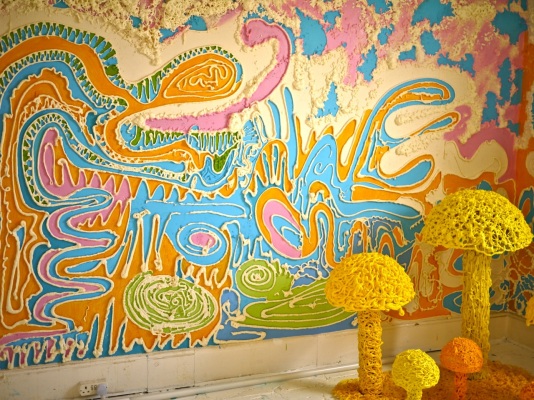 And of course there were more mushrooms there already completed. 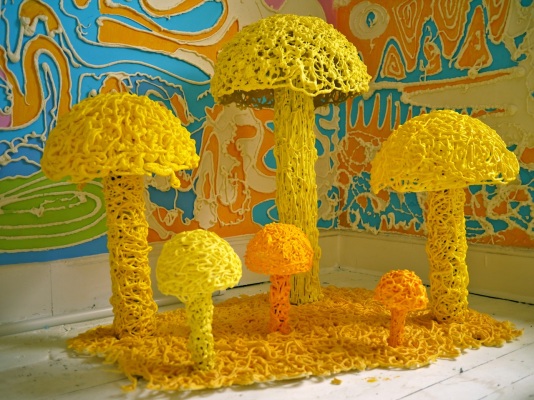 From the top floor, you could look out onto the roof and see another. 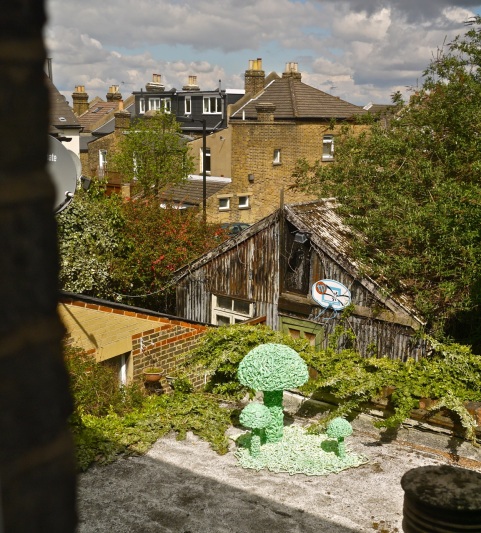 There was a room blocked off that was covered in tiny Pablo Delgado pasteups. Outside of the room, there was a bird and a small hole in the door.

Through the hole? Another bird and a window. I couldn’t aim the camera any other way but straight so I’ll leave the rest of it a secret.

There’s a surprise huge one at the foot of the steps.

There are other tiny ones hidden around the house like the one below in a door frame.

There’s more Pablo Delgado pieces along the bottoms of the walls – where you would initially expect to find them. 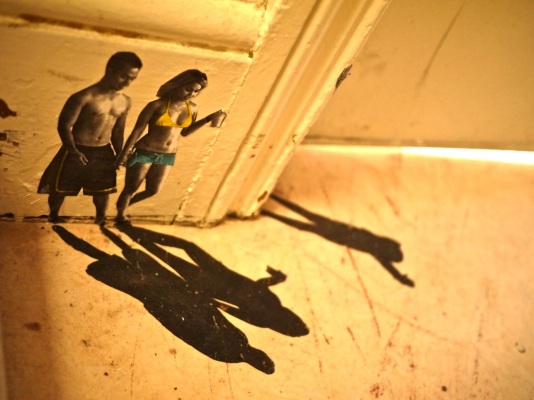 There were others perched on ledges a bit higher up.

There’s also a room painted completely black where films can be shown. 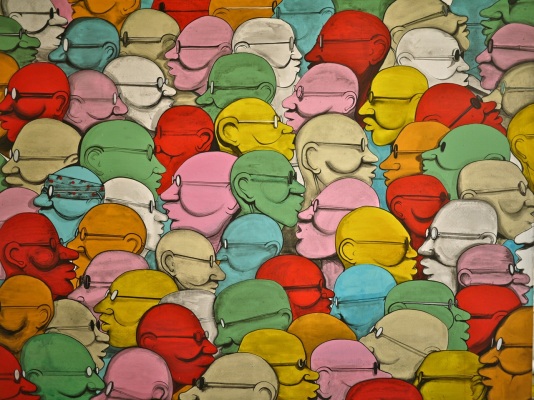 The Rolling People had made good progress on theirs as well. 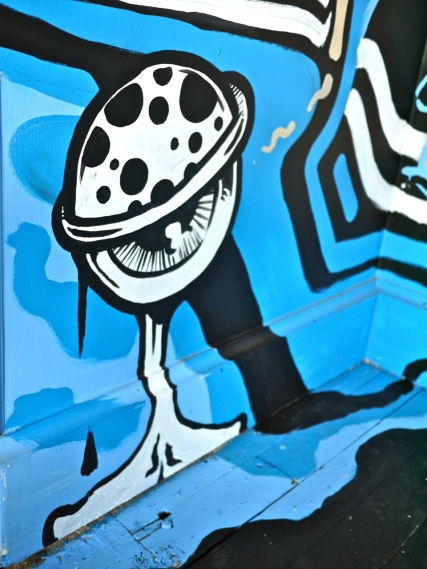 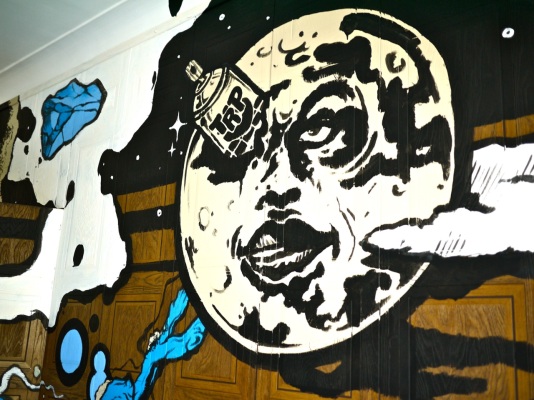 They even covered the window.

Cityzen Kane and I went back outside to survey his work. His wife and son showed up to see the house. I love being able to put faces and names and families to pieces of street art.

I won’t tell you his real name, but Cityzen Kane’s wife says his work is all over their house as well, which you could just picture. Stories like that really bring street art to life and show the human side of it and the pure talent of these artists. He’s agreed to do an interview with me for LLO toward the end of the Summer so I am very much looking forward to that!

But back to the house. 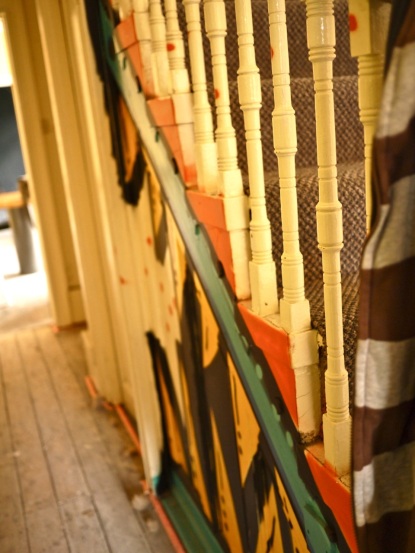 There were some random bits and piece around, scribbles on the walls. 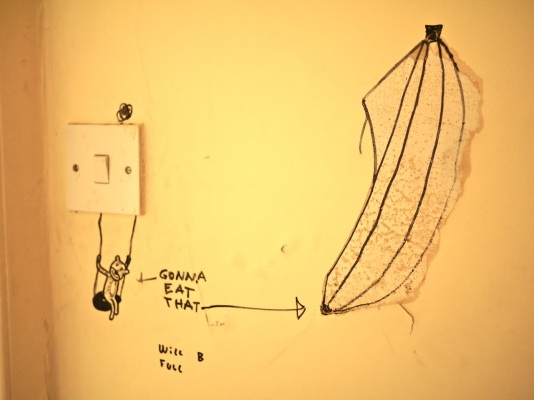 If you have the time, head down to Dulwich to check it out. It won’t be around for long as it’s still tagged for demolition. It will be viewable for one weekend only – this coming weekend! 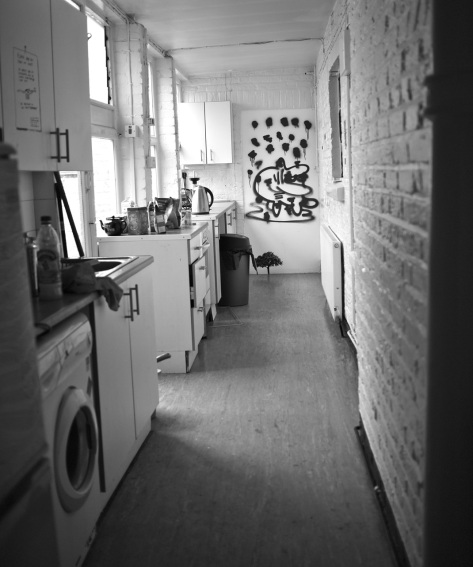 I unfortunately won’t make it to the event (I will be having a fabulous girly weekend in Amsterdam!) so take photos for me of the finished house if you do! 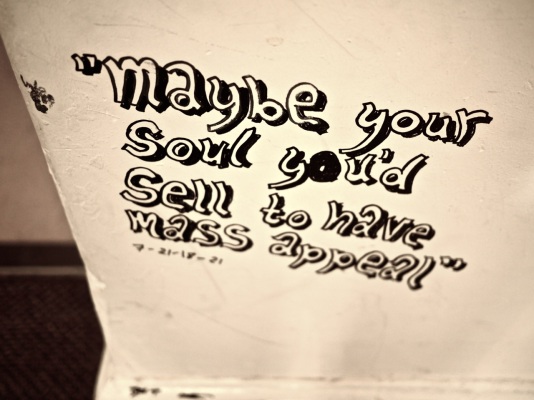 While you’re down there, here’s the rest of the festival events:

Murals
Mural sites are located all around Dulwich.

Baroque the Streets: Festival Show
265 Lordship Lane, SE22
Opening celebration of artworks by street artists involved in the Baroque the Streets with works for sale. 17 May, 8-10PM. https://www.facebook.com/events/181884678635226/

More about the festival from Street Art London here: http://streetartlondon.co.uk/blog/2013/04/30/baroque-the-streets-dulwich-street-art-festival-2013/

I keep going on about how there’s not much of a street art scene in West London, but for some reason the classic spot under the Westway by Portobello Road / Ladbroke Grove station seems to slip my mind.

Garry from Fitzrovianoir.com sent me these two pieces recently put up in the area by iCON, so I thought I’d share them with you.

They are pretty timely, considering he happens to also have a show in the area at Graffik Gallery on Portobello Road. It’s called The New School and includes a series of other artists with an opening night on April 18, running through May 2. I’m hoping to pop in to the opening night, so see you there if you can make it!

By the way, what’s everyone up to for the long Easter weekend?

Amnesty International is using street art to highlight one of their ongoing campaigns to help a man called Troy Davis who has been on death row in the States for 19 years. They believe he may have been wrongly convicted of the murder he claims he did not commit and that a recent decision may have him back on track for execution. They’ve launched a petition here.

Troy’s face can be seen at three different fence sites around London – poster pieces made by German street artist mentalgassi. The faces can only be seen from the side and the bars of the fence resemble the bars of a prison cell. Here’s a video and a few images for you…

Images below courtesy of Street Art London. Thanks!